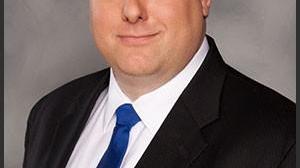 Nate co-anchors mornings with Jessica Tighe every weekday on CBS 58. He joins the morning team from the state of Idaho, where he most recently served as an anchor and news director at the CBS affiliate in Lewiston, ID. He's very excited to move to Milwaukee, which he calls a bit of a homecoming, even though he spent much of his childhood split between Oklahoma, Arkansas and Washington state.

“I was born about an hour and a half south of Milwaukee, so it's great to be back in the region,\" Nate shared. \"The quality of life in Wisconsin is really something great. And let's not forget about football in this great state.”

Nate also worked in TV News in Boise, ID, where he he worked as a weather forecaster, news anchor, executive producer, reporter and sports director. He earned an Emmy nomination, awards from the Idaho State Broadcasters Association for Best Sports Segment (in TV and radio), Weather and Sports achievements from the Idaho Press Club, and was singled out for an “Animo!” media award for “Outstanding TV Reporter of the Year.”

Nate is a self-confessed pop culture nerd, weather chaser and sports fanatic. His career in the media began early at the age of 15 when he started his first career as a radio DJ at a high school radio station in Bellevue, Washington.

He considers football to a be a way of life, and previously served as the editor-in-chief for a national football website that was a content provider for ESPN.com. He avidly supports his beloved Washington State Cougars, follows the Boise State Broncos and Arkansas Razorbacks closely and has been a Packers fan since way before moving to Wisconsin. “It's a crime that Green Bay Packers legend, and the greatest football player to ever come out of the state of Idaho, Jerry Kramer isn't in the NFL Hall of Fame yet,” Nate said.

Nate is a graduate of Washington State University's Edward R. Murrow College of Communication. He remains an active member of the Delta Upsilon International Fraternity, and works in an advisory role. Nate's wife Heather called Wisconsin home before and was excited to move back with their toy poodles Opie and Griffey.