FRANKLIN, Wis. (CBS 58) -- The coronavirus pandemic has forced us to find new ways to celebrate milestones like birthdays, graduations and special anniversaries. The car parade has become a popular way to do it, while also social distancing. It usually means family and friends organize the drive-by, but a woman in Franklin has found a way to invite her whole community.

“Whose birthday? William! William,” a little boy yells from the back seat of a minivan. “He’s my best friend!”

Cars decked out in banners and balloons are lined up along Ryan Road in Franklin.

There are also signs wishing William a happy fourth birthday. Everyone is ready for the big surprise. Even the Franklin Fire Department sent a fire engine to take part.

“I think it'll be special for him to remember for years to come,” said William’s mom, Kim Evert.

William took it all in, standing at the end of his driveway. He seemed very surprised when one person showed up in an inflatable T-Rex costume. 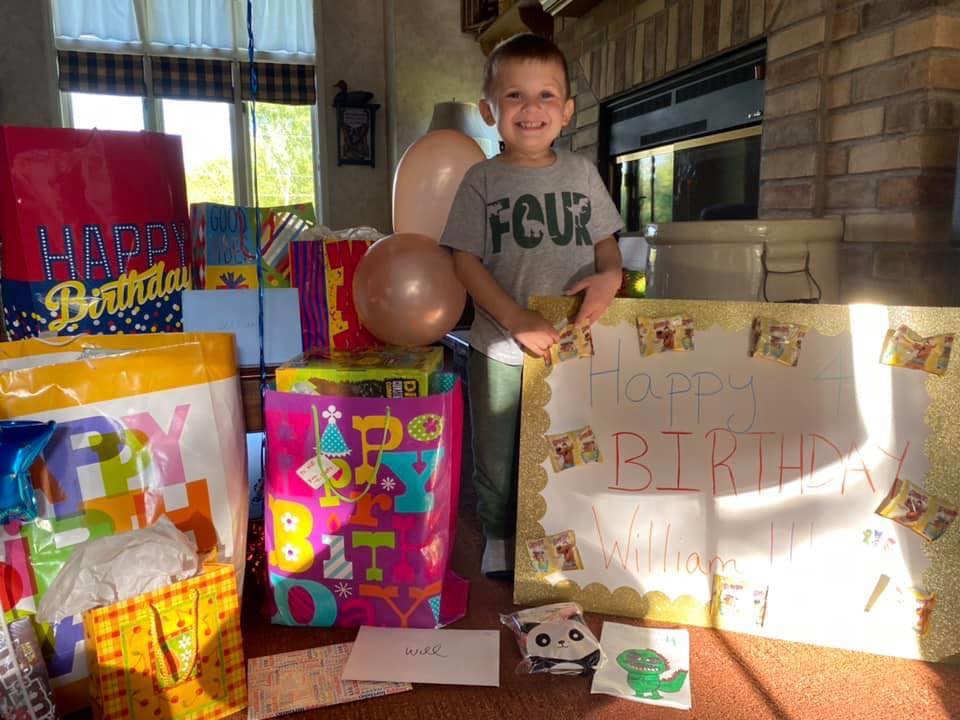 “This is a good social distancing outfit,” she said.

Evert said all of the action from the parade is a big change from what William has been used to the past few months.

“I think he's a little overwhelmed,” she said. “He got to see a lot of people he hasn't seen in a while since quarantining.”

And while there are a lot of familiar faces, there are also people joining the celebration that the Everts don’t even know.

Ferguson is the one who made this parade happen.

“It actually all started with my daughter,” she explained.

She organized a parade for her after she had to have emergency surgery in April.

“I went out on a limb and I shared my story on Facebook with the Franklin Community Page, and 30 people showed up,” Ferguson remembered.

It was such a success, she wanted to do more.

“And I was thinking, how can I repay these people? I thought, if people that we didn't know could make her smile, and she is still smiling today, why can't we do that for other people,” she said.

So, she went to Facebook and created the Franklin Community Parade Brigade page.

One memorable one was for a military veteran’s 90th birthday party, and another was for a recent high school graduation. People can share their photos and videos on the Facebook page.

But after months apart, there are also tearful reunions thanks to the parades.

“Oh my God, I missed you so much,” said Sandra Smaltz, as she rushed from her car to hug William.

These are the moments Ferguson envisioned.

“I think I just wake up happier now, knowing that I've done so much good and put so many smiles on the faces of people,” she said.

William loaded all the presents he got into the back of his tiny motorized Jeep to drive back to his house. Meanwhile, his mom, Kim, expressed her gratitude.

“Thanks to everyone who came out, honking their horns, making signs, decorating their cars, balloons, presents! We are very spoiled,” Evert said.

Ferguson said the parade brigade is currently scheduling parades through the summer, so they don’t have any intention of stopping any time soon. Her advice to anyone who’s curious about the experience is to give it a try.

To find out more, search for the Franklin Community Parade Brigade on Facebook. If you’d like to nominate someone for Natalie’s Everyday Heroes, send Natalie a message at [email protected]