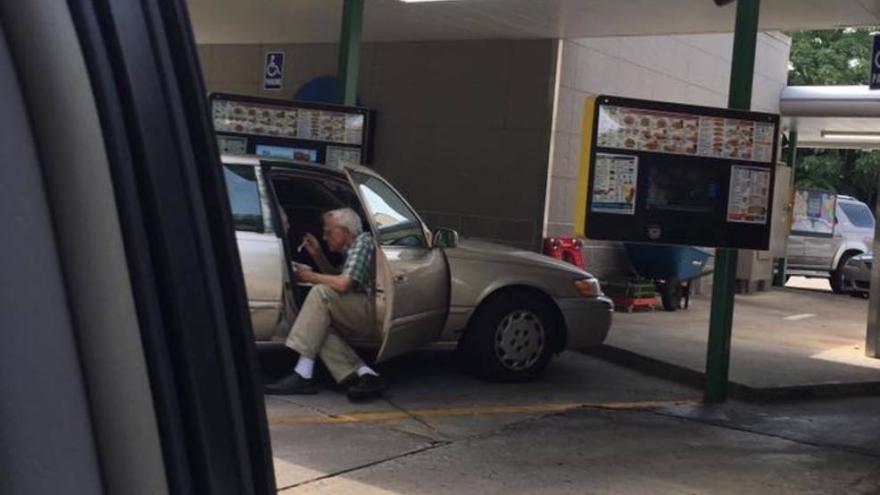 NASHVILLE, Tenn. (WZTV) - A couple's photo captured by a Nashville man has gone viral as a symbol of love.

Brent Kelley posted the photo of a couple eating ice cream at Sonic. He said he was stopping for ice cream with his kids when he saw an elderly man drape a towel over his wife and spoon-feed her ice cream in the 98-degree heat.

"So today, I took the kids to the pool and we stopped for ice cream on the way home. When I got my ice cream and pulled out, I realized that this elderly man beside me was sitting out side his car door, spoon feeding his wife ice cream who also looked in her late eighties. He draped a towel over her and slowly fed his bride in the 98 degree temperature. It was a beautiful display of love."