NASA to announce "major science finding" about Mars on Monday 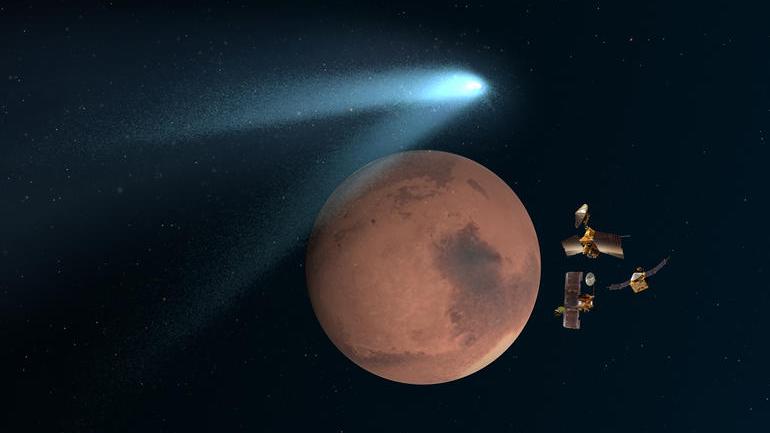 NASA has announced that it will present a "major science finding" from the agency's ongoing exploration of Mars during a live news briefing on Monday morning in Washington, D.C.

Three of the scientists slated for the news conference are listed as authors of a new paper to be delivered at this week's European Planetary Science Congress.

In it, the researchers say analysis of imaging from the Mars Reconnaissance Orbiter proves that seasonal dark streaks on the Martian surface are the result of briny water periodically flowing across the planet's surface.

The confirmation of water on the surface of Mars would be important and would raise a host of questions, chief among them: Where is the water coming from, and what does it mean for the prospect of life, past or present?

The paper doesn't answer those questions, and NASA isn't talking ahead of its Monday morning news conference. Neither the agency nor the paper's authors responded to requests for comment Sunday.

The briefing is scheduled for 10:30 a.m. Look for updates on CBS58.com and during our newscasts throughout the day.