Name change in the works for US Cellular Arena 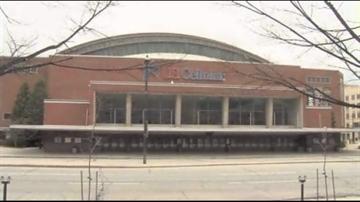 MILWAUKEE-It's been around since the 1950's and has had several names over the years from the Mecca to the Milwaukee Arena.

Now comes word that US Cellular is not renewing its naming rights.

Franklyn Gimbel of the Wisconsin Center District says the company was looking to re-evaluated it's marketing efforts.

\"One of the things on the table for coming off their marketing efforts was the name on our arena,\" Gimbel told CBS 58's Mike Strehlow.

The deal ends at the end of the month, but Gimble says the Wisconsin Center District has been talking with several potential partners on renaming the complex.

Many are wondering if UW Milwaukee is among them.

\"They're one of our significant tenants in the building,\" Gimbel replied. \"They exercise their basketball program there. They have graduations there, they have other events. So, they're a potential candidate for a conversation to put their name on that building.\"