Naked Man Stuck in Vent Thought it was a "Wishing Well" 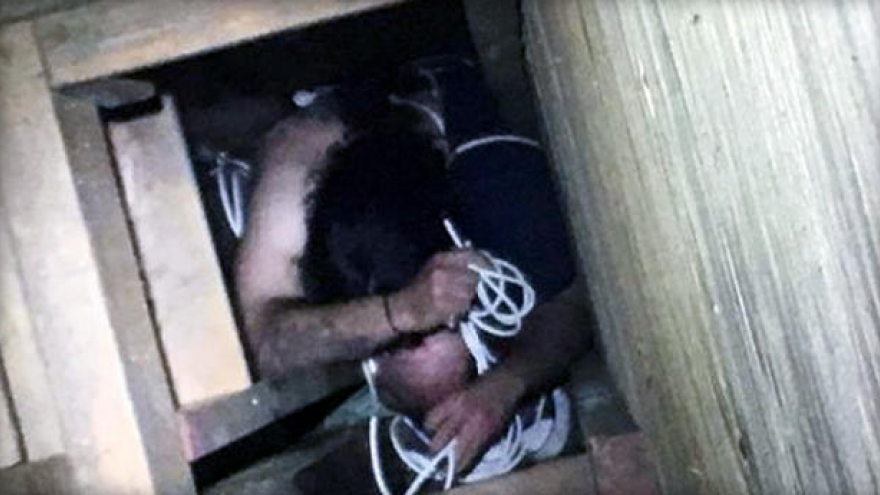 NAPA, Calif. -- (CBS NEWS) Fire crews had to rescue a naked man after he got trapped inside a vent shaft above a sandwich shop Tuesday morning. He said he mistook it for something magical.

Robert Turbidy, 48, made his way onto the roof of a Togo’s sandwich shop in Napa, California, early Tuesday morning, CBS San Francisco reports. He lowered himself into a crawl space using a makeshift rope that broke.

Apparently, he was under the influence when he got on the roof. He later told authorities he thought the shaft was a “wishing well.”

Turbidy ended up stuck at the bottom of the crawl space. He did not have access to the businesses below.

A worker at the shop said the man could be heard yelling for help Tuesday morning, saying he was drunk when he climbed inside under the mistaken impression.

Emergency crews were dispatched to the location at about 8:30 a.m. Authorities said fire crews had to demolish a part of the building to get him out.

Turbidy was transported to a hospital where he was treated for minor injuries. He will be booked into Napa County Jail for burglary and violating his probation terms.