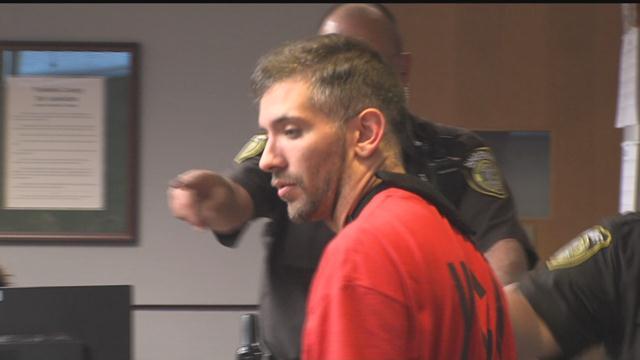 The man who ran naked from police in Waukesha last week has now been charged.

He made his first appearance in court this afternoon.

According to the complaint, last Wednesday night Hunkins was seen naked wandering around an abandoned home.

Police tried to stop him. But he jumped in a car and chased him for nearly two miles.

After he crashed he got out and jumped into the Fox River naked the whole time.

Police eventually shot Hunkins with two beanbags and used a taser to get him under control.

The complaint says Hunkins was high on cocaine at the time.