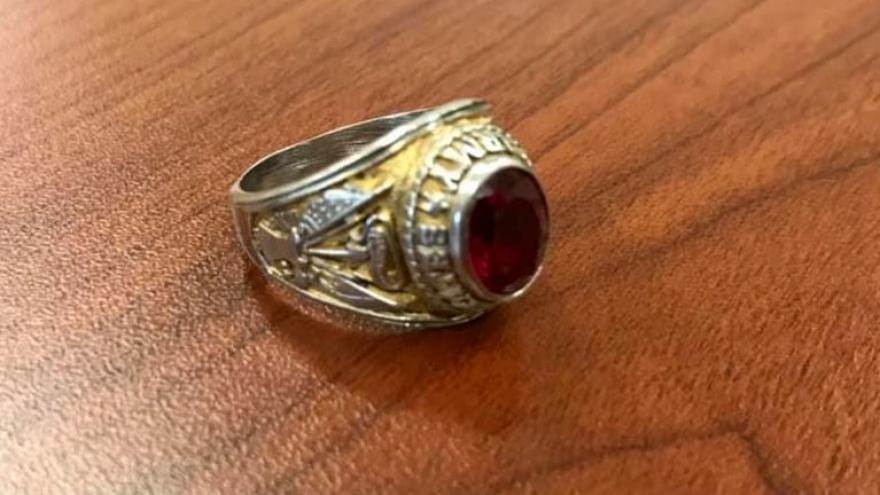 In a Facebook post, the Muskego Police Department said as officers were sorting through the evidence room, they came across the ring that was seized from the inside of a vehicle associated with a burglary.

Police say a suspect was later arrested for rummaging through and stealing from unlocked vehicle.

Authorities shared photos of the ring in hopes of finding the owner. Police say the owner will have to provide an accurate location and timeframe from when the ring was stolen.