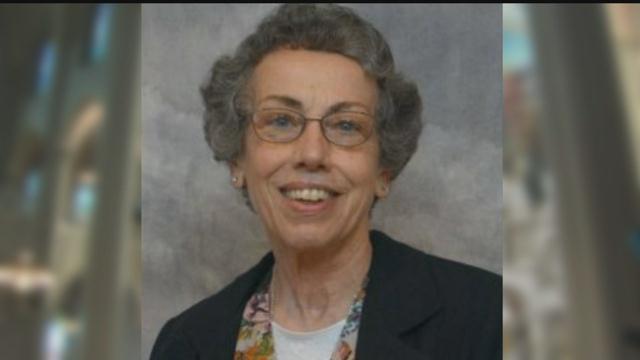 CBS 58-- One of the two nuns, slain in Mississippi, was laid to rest here in Milwaukee Friday.

Sister Margaret Held, of the School Sisters of St. Francis, was remembered as a modest and compassionate, at a funeral that was standing room only.

Sister Margaret worked as nurse practitioner, providing healthcare to some of the poorest communities in Mississippi. It was that work and her selflessness remembered Friday.

“I think Margaret would have hated today, didn't like attention,” said Sister Mary Diez, president of the School Sisters of St. Francis. “She was a very, very humble person.”

Those who knew Sister Margaret best, say she would want the focus of her death to the issues she devoted her life to, caring for the poor and sick.

“Margaret lived a very special and meaningful life,” said Jean Knoll, Margaret’s sister. “She did what she knew was right and beneficial to God's people who lacked basic healthcare.”

“Margaret savored life,” said Sue Zuern, another one of Margaret’s sister. “Whether it was a Wisconsin bratwurst, blue cheese, a piece of cheesecake or a turtle sundae, she savored it.”

Archbishop Jerome Listecki led the funeral Mass, and his message was that Sister Margaret's life and work was not undone or stolen when she was killed.

“The thief who came to take them and their very lives could not find anything,” Archbishop Listecki said. “Why? Because they spent their lives in love for the people they were dedicated to in the name of Jesus Christ.”

And though all the people she touched are grieving, the Archbishop reminded them to also be grateful.

“All I was really wanting to say is thank you God for letting me know her,” said Christian Held, Sister Margaret’s 7-year-old nephew.

Throughout the day, Sisters and friends of Sister Margaret spoke about forgiveness for the suspect in the killings. He faces capital murder charges. Loved ones say Sister Margaret opposed the death penalty, and would instead show mercy.