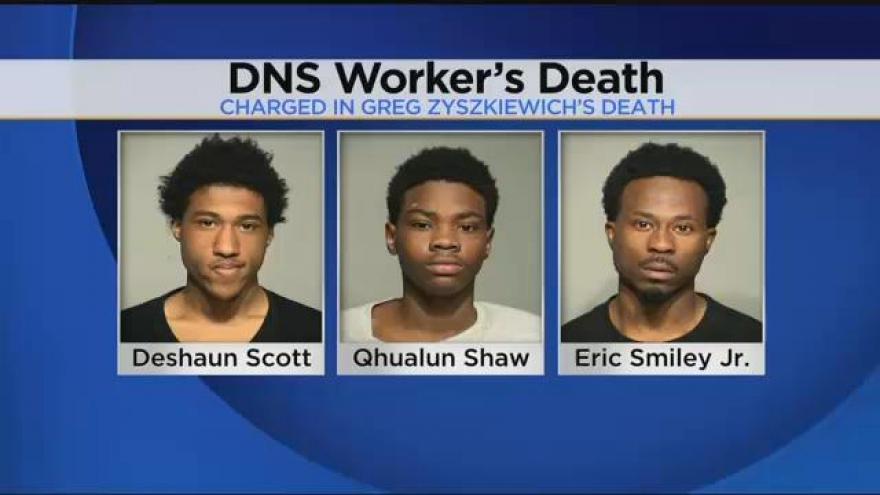 A trio of suspected car thieves all pleaded not guilty on Thursday in the fatal shooting of a Milwaukee City inspector.

64 year old Greg \"Ziggy\" Zyskiewicz was killed in an attempted carjacking last month. He was in his private mustang on city work when he was attacked.

Two of the suspects - accused shooter Deshaun Scott and Quaylun Shaw - waived their right to a preliminary hearing. The third suspect, Eric Smiley, did have a hearing.

During the hearing, a detective with the investigation into Greg Zyskiewicz's murder testified.

He provided details of what police believe happened on March 22 when Zyskiewicz was shot and killed while at work as a city home inspector.

The detective described the carjacking that happened before the suspects decided to also try and take Zyskiewicz’s car.

“They were in the area and saw the victim sitting inside his vehicle they decided by force to take the vehicle at which time Mr. Scott admitted to exiting the vehicle with the shotgun,” says Detective Matthew Bell from the Milwaukee Police Department.

He said the suspects all gave statements claiming the deadly shot was fired accidentally.