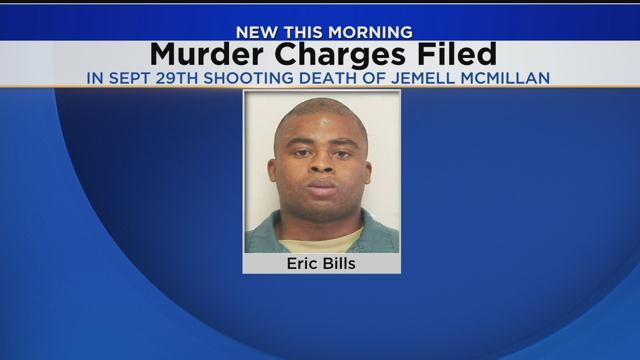 The Milwaukee District Attorney has announced murder charges in a shooting death.

Eric Bills is now wanted for the murder of Jemell McMillan.

He was shot and killed on September 29th.

According to the criminal complaint, a witness saw Bills pull up to the victim's car at 37th and Concordia around 10 that night.

He got out of his pick-up truck and shot the victim twice in the stomach before driving away.

Bills was later picked out of a photo line-up.

He has not been arrested yet.