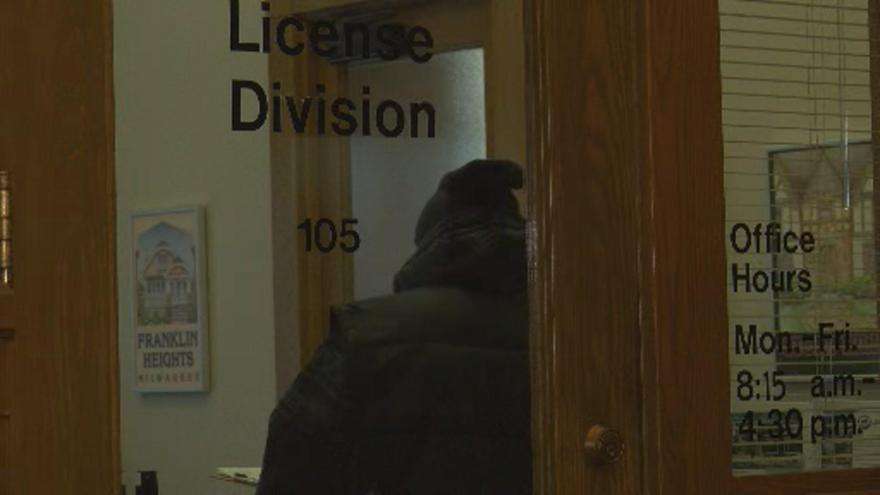 You can’t use Milwaukee’s municipal identifications to fly or to vote, but the city of Milwaukee is offering for anyone who can’t get a state ID

There’s been lots of online chatter and confusion about the program. It’s only a few months old but there are a lot of questions about what information is exactly collected, where it’s going, and who this is helping.

There are two requirements to obtain a municipal ID; be over the age of 14 and be a resident of Milwaukee for more than 15 days.

CBS 58 spoke with Dario Munez, an applicant from Nicaragua who has lived in Milwaukee for seven months.

“This (the municipal ID) is a necessity. It would help us identify ourselves better if we’re stopped by someone like say the police,” says Munez.

The program started in July. All applicants have to do is prove their identity and that they live in Milwaukee. This can be done using a number of documents, even foreign issued birth certificates and drivers licenses. However, there is worry that this information could end up on the desk of immigration officials.

“There is a lot of concern around privacy of people’s information and how that would be misused,” says Christine Neumann-Ortiz, executive director of Voces de la Frontera a pro immigrant advocacy group

On the program’s website it does mention that, “information provided on your application may be released in response to a public records request.”

“It does not capture which one of the documents were presented,” says Neumann-Ortiz.

Organizers say the city does not keep record of the forms of identity presented. Instead, employees will only verify that the documents are authentic.

We asked Munez if he was worried that applying for the ID would leave him exposed.

“I have thought about that but it’s a risk I’m willing to take,” says Munez.

On Friday city officials along with ID advocates plan to hold a press conference to clear up some of the confusion.

We’ll be sure to follow-up as we learn more information.