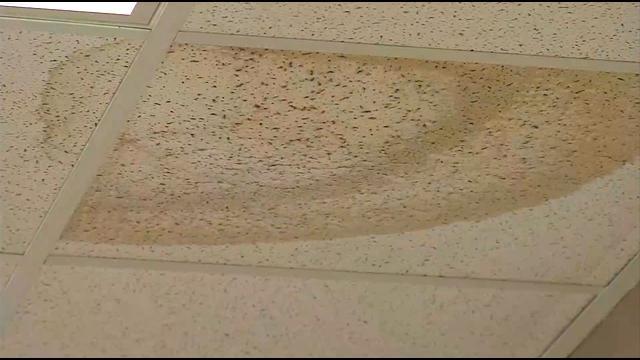 An area school district is asking taxpayers to foot the $18.2 million dollar bill to fix its seven outdated facilities.

The referendum will appear on the April 7 ballot for those who live in the Mequon-Thiensville School District. Officials are holding a presentation on the issue for voters at Homestead High School tonight at 7.

Renderings from the district show improvements would include spacious rooms that allow specialized learning and technology centers that prepare students to work in college and career environments.

Officials say it's a stark contrast to deteriorating conditions now. Single pane windows don't keep cold air out, the roof is leaking, leaving stains on ceilings and some doors to the building are crumbling so they don't close.

Voting yes on the referendum would cost those with a $250,000 home about $42 more a year on their property taxes.

A referendum to help make repairs failed in 2002, but this time around, the district hopes the community has a change of heart, even if enrollment has declined.

\"It just doesn't benefit parents who have school aged children. It benefits everyone, in that when you have strong schools, you're property value goes up,\" said Superintendent Demond Means. \"When people move to a community, they look to the public schools as one of the major factors for moving into a community.\"

The school district will host a series of open house tours for voters ahead of the April 7 election so they can see the facilities needs. You can find those dates and times here and learn more about the district's plans.

If approved, work would start later this year on the two-year renovation project.