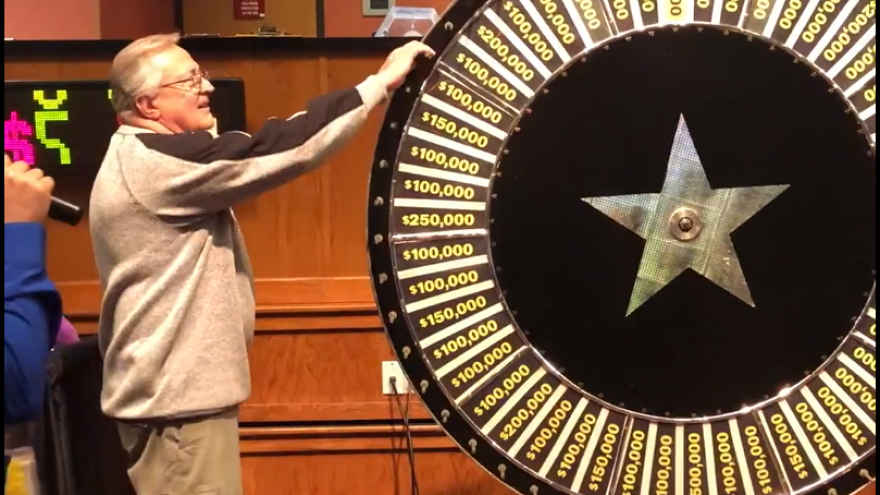 MILWAUKEE (CBS 58) -- David H. of Mukwonago won $1 million on Monday by spinning the All Star Bingo Wheel at Potawatomi Hotel & Casino. It matches the largest bingo prize ever awarded at the Casino.

David got a chance to spin the wheel after winning the All Star Bingo game during a recent bingo session. He qualified by filling out his bingo card in 48 numbers or less and was guaranteed to win at least $100,000 by spinning the wheel.

The All Star game costs $4 per sheet and is a five-part game. Numbers are configured at each point of five five-pointed stars. The object of the game is to cover the points on all five of the stars in 48 numbers or less. David covered his entire card on the 48th number called.