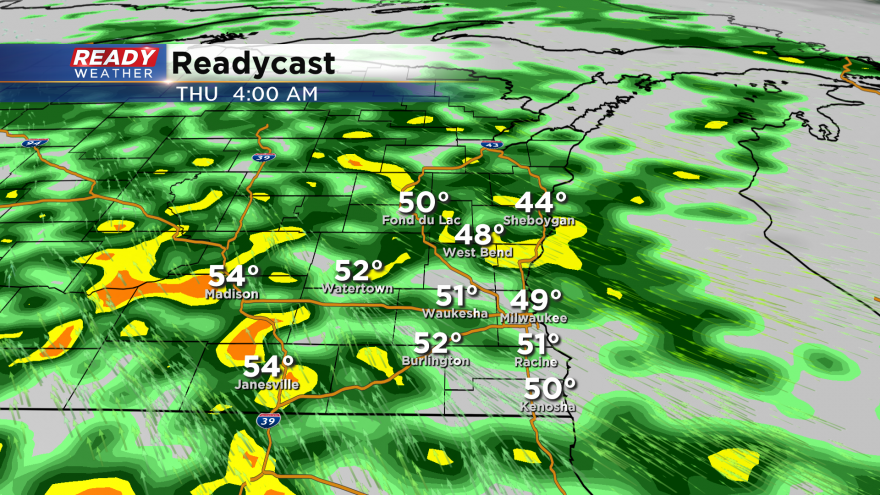 Southeast Wisconsin has been in a rather dry weather pattern during the first half of May. Sunday’s rain and wet snow was the only measurable precipitation we’ve had so far this month, picking up a little over a quarter inch of rain. Milwaukee is currently running at a rainfall deficit of one inch for the month. 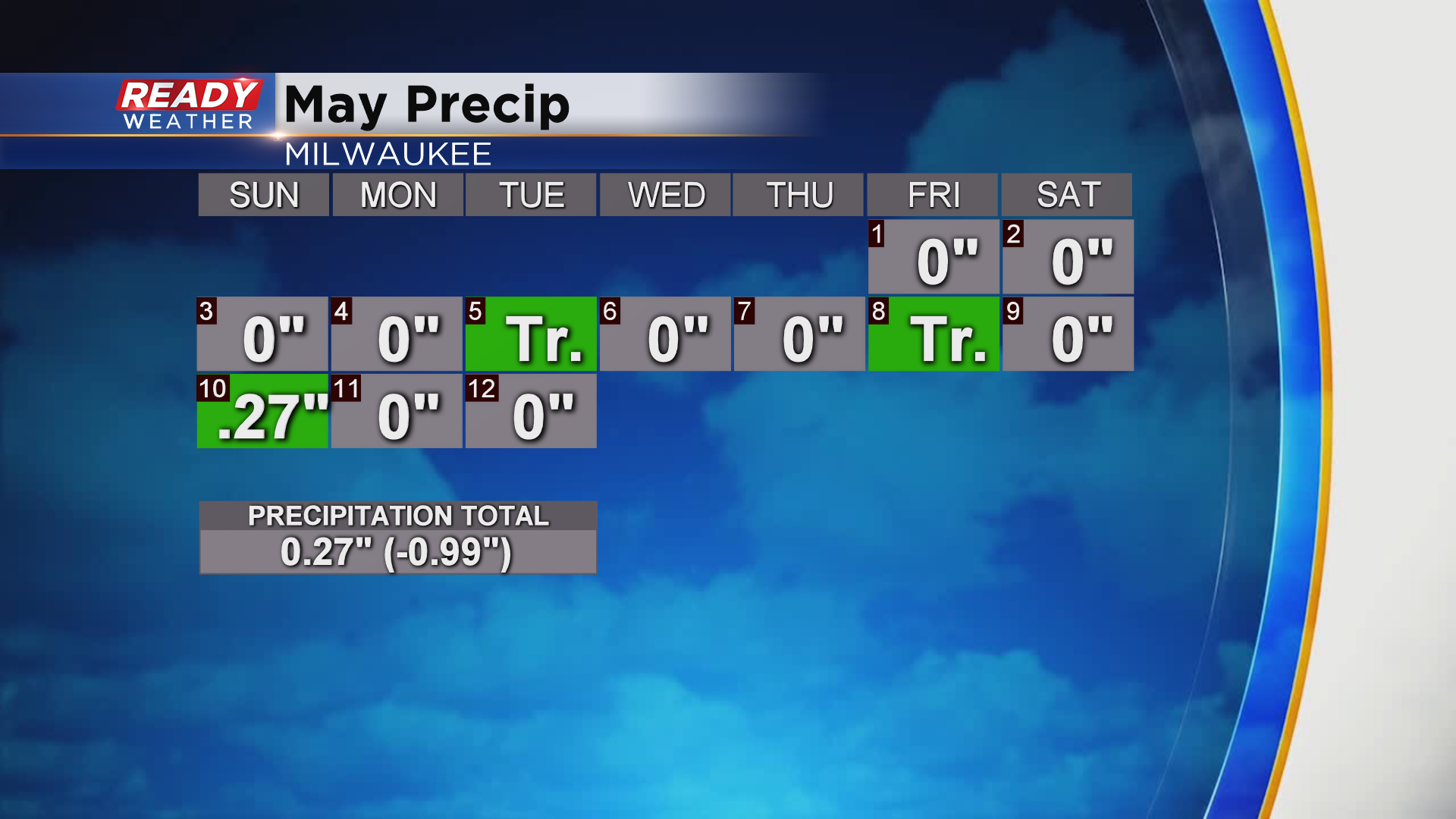 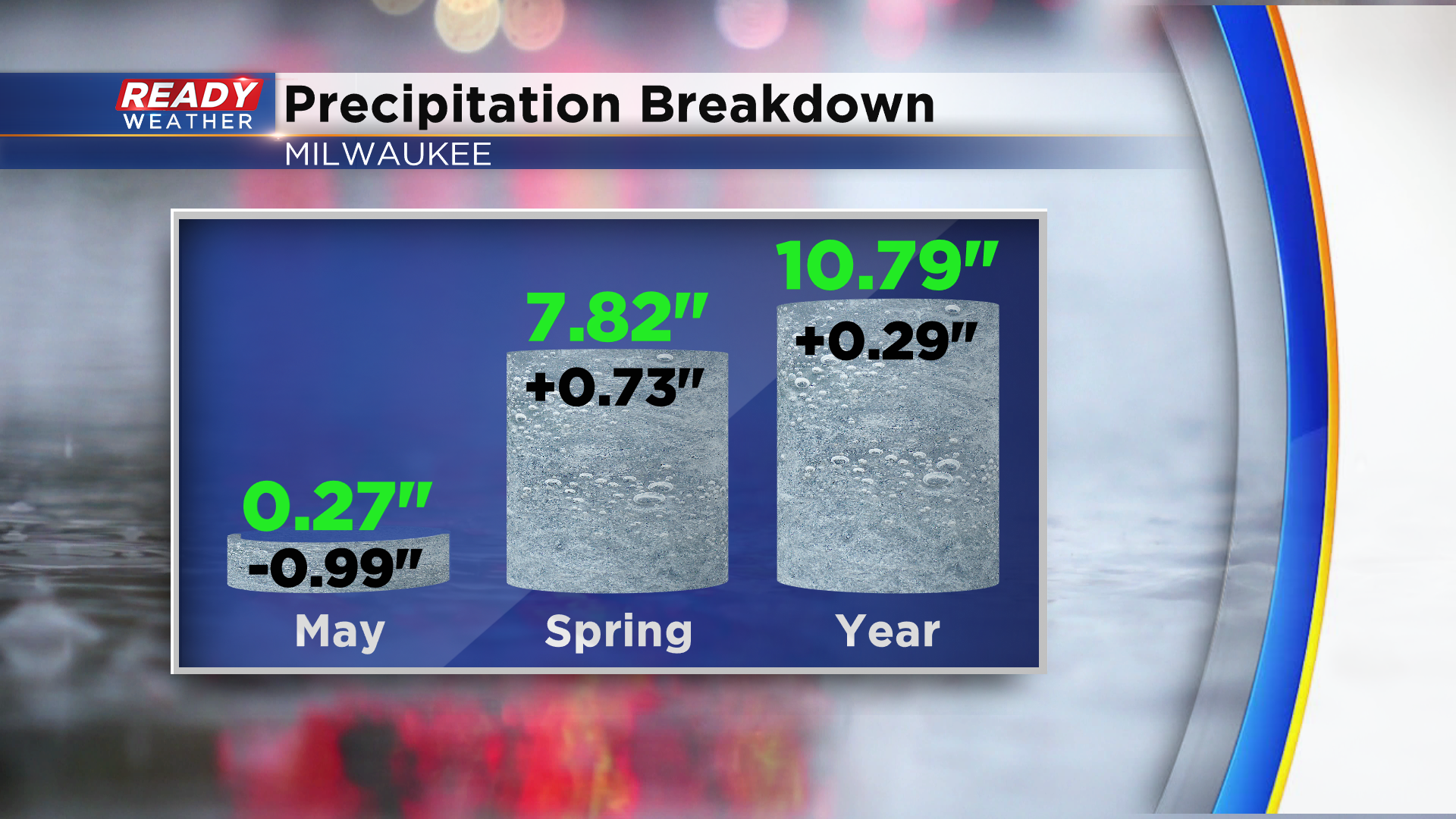 After a dry and pleasant last few days, rain will move back into the area tonight. Recent model runs have slowed down the arrival of the showers until around or after midnight. Rain will become widespread heading into Thursday morning. 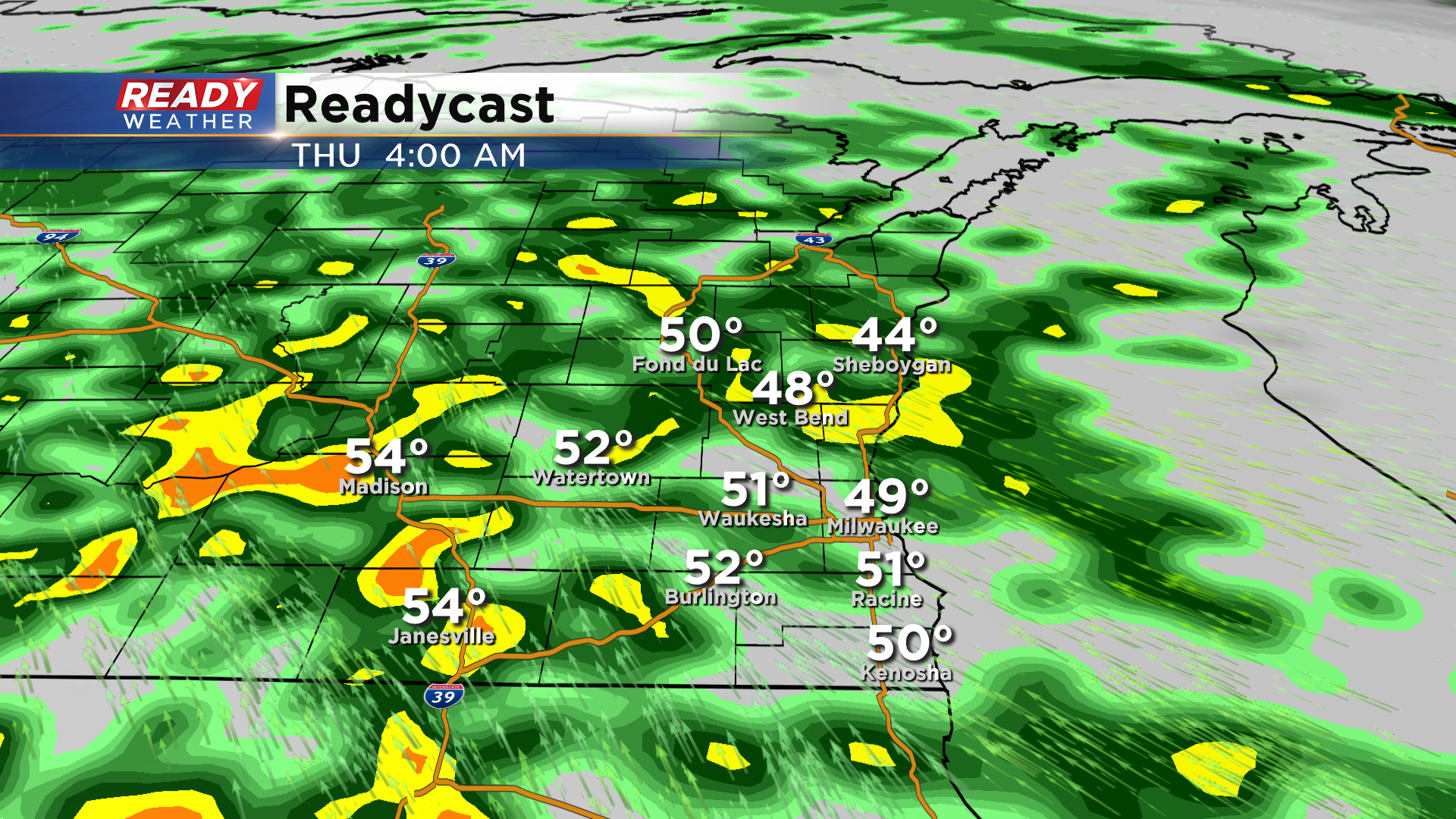 These showers and isolated storms will continue into Thursday morning before a break in the action around midday. We’ll be watching for a second round of storms during the late afternoon into the evening. These storms look to fire along a cold front, which will most likely be near the WI/IL border 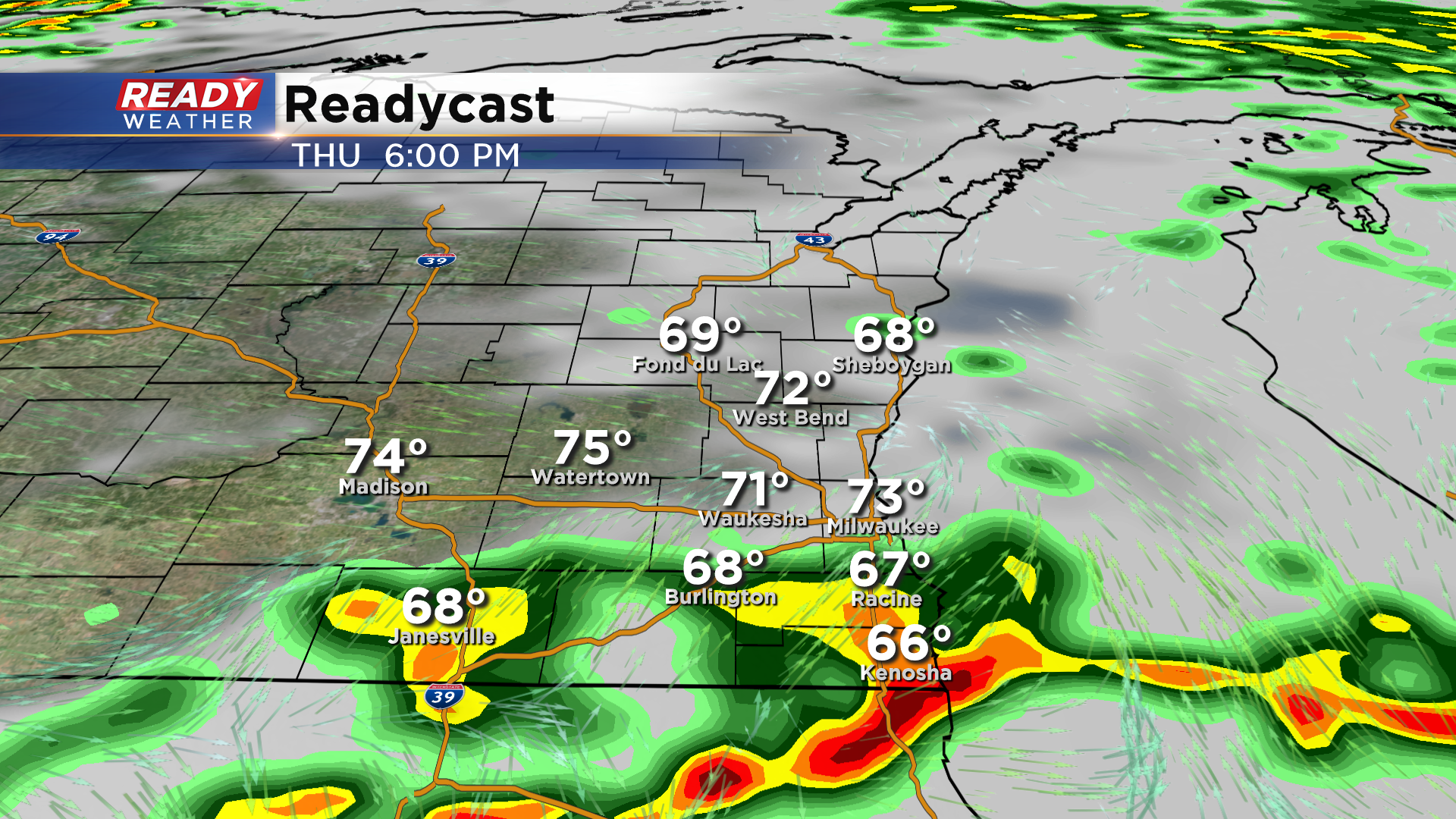 If some of these storms can sneak into far southern and southeast Wisconsin, they’ll have the potential to produce gusty winds or small hail. There’s a level 1 Marginal Risk for severe storms in place for areas south of Milwaukee on Thursday. 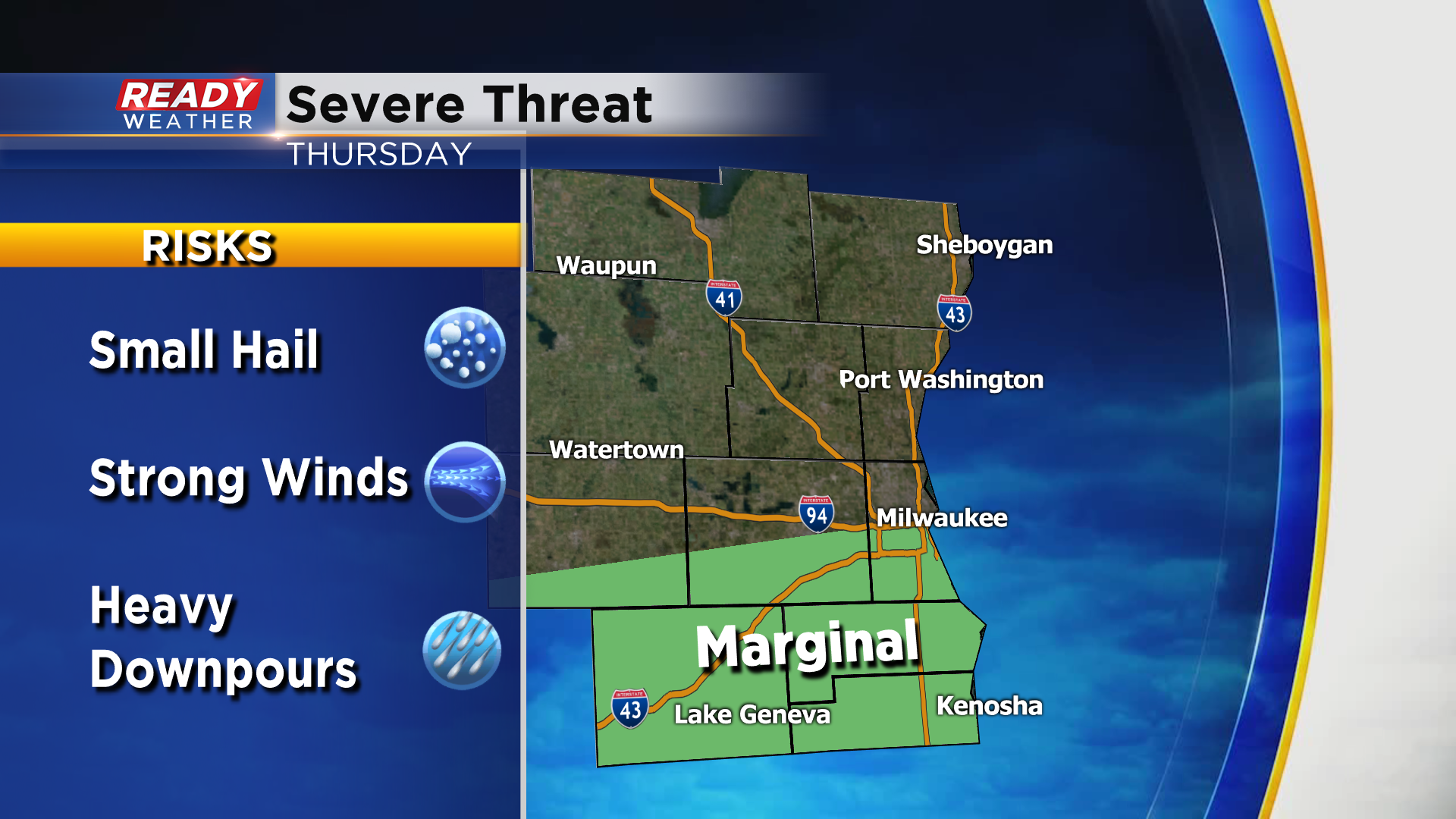 Most of southeast Wisconsin will get a nice soaking rain out of this system, with .50-1" of rain expected across the area. Isolated amounts over 1” will be possible in places that see thunderstorms. 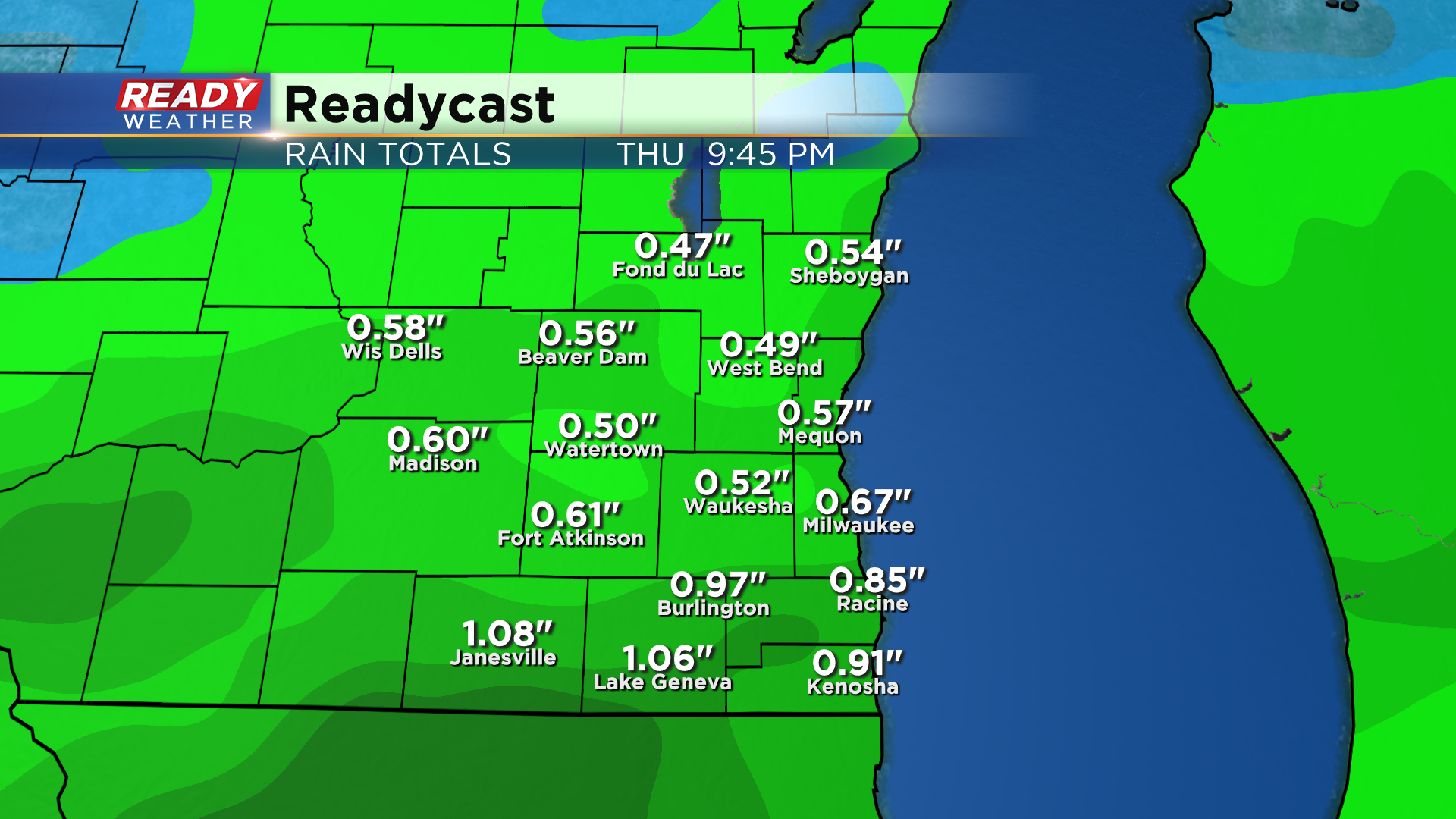 Download the CBS 58 Ready Weather App to track the rain as it moves in.