MPS Board makes history in naming first woman as superintendent 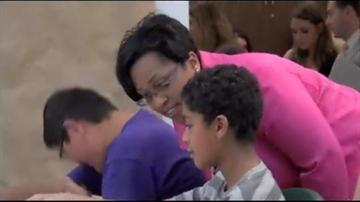 Driver had been serving as interim superintendent since July after former superintendent Dr. Gregory Thornton resigned and accepted a position with Baltimore Public Schools.

MPS made history with its decision with Driver being the first woman to be named as permanent superintendent for the largest school district in the state.

Driver completed her undergraduate studies at Spelman College, earned her Masters from the University of Michigan and completed the Doctoral program at Harvard.

She started her career as a teacher at Detroit Public Schools before moving to administrative positions in Georgia and Pennsylvania. She joined MPS in July 2012.

Driver says she hopes to stick to a core mission of teaching, learning, and putting students first.

\"For me coming in and really building the urgency around achievements and making sure our students are proficient in reading and math,\"   We've had a lot of different programs.  But I think for me that's one of the biggest challenges.\"

She officially takes over October 1.