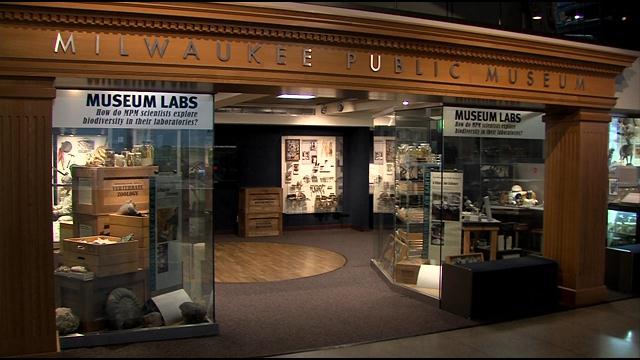 The Milwaukee Public Museum and Kohl’s announced Wednesday that Kohl’s Thank You Thursday, a partnership offering free general admission to the Museum on the first Thursday of every month, will continue into 2017. The new schedule kicks off on Thursday, June 2.

“Kohl’s is excited to continue providing families with the opportunity to regularly visit the Milwaukee Public Museum with Kohl’s Thank You Thursday,” said Jen Johnson, Kohl’s vice president of corporate communications. “We invite everyone to mark the monthly dates on the calendar and come explore the Museum’s exhibits.”

“Kohl’s Thank You Thursday has averaged more than 2,900 visitors to MPM each day we’ve hosted it,” said Dennis Kois, Milwaukee Public Museum President and CEO. “This program proves, once again, that this community values the Museum and will come when it’s affordable for them to do so. We’re incredibly grateful to Kohl’s that they’ve given us the opportunity to open our doors to everyone, regardless of their economic situation, once a month.”

Kohl’s Thank You Thursday gives visitors access to more than 150,000-square-feet of fascinating exhibit space to explore, including the newly reimagined Streets of Old Milwaukee, beautiful free-flying butterflies inside the butterfly garden, exhibits highlighting world cultures and artifacts, an educational science show in the Dome Theater and the Planetarium, and interaction with educators and volunteers providing hands-on activities on the exhibit floors.