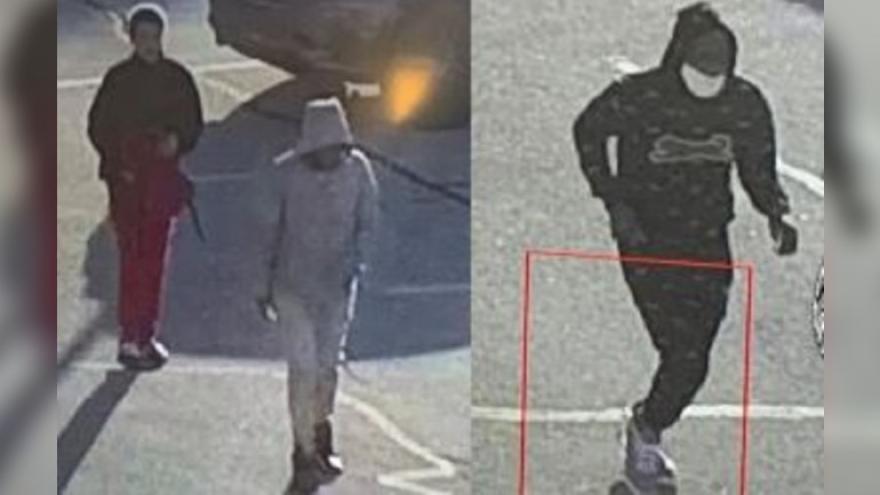 MILWAUKEE (CBS 58) -- Milwaukee police are asking the public's help to track down suspects wanted for an armed robbery that happened near 33rd and Michigan.

According to police, the suspect approached a victim who was walking in the area; suspect #1 implied he had a weapon and stole the victim's property.

All the suspects then fled on foot.

Anyone with information this robbery is urged to contact the Milwaukee Police Department at 414-935-7360, or call Milwaukee Crime Stoppers at 414-224-TIPS or utilize the P3TIPS application to provide any information.