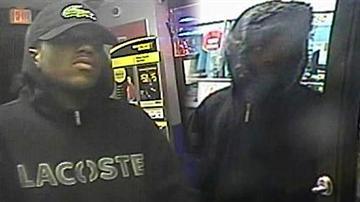 Milwaukee Police are looking for two suspects wanted for an attempted armed robbery that happened in the 800 block of E. Capitol Drive on December 27 between 6:45-7:00pm.

The suspects entered a check cashing business and according to the victims, one of the suspects handed the teller a note demanding money and implied that he was armed with a gun.

The other suspect held a door open and acted as a lookout. The suspects were unable to take any money and fled on foot.

The same suspects are believed to have committed another attempted robbery at a similar-type business in the 2600 block of W. Fond du Lac Avenue on December 28 and a completed robbery in another jurisdiction on December 30.

If you recognize the suspects in these photos, please contact Milwaukee Police at 414-935-7360.