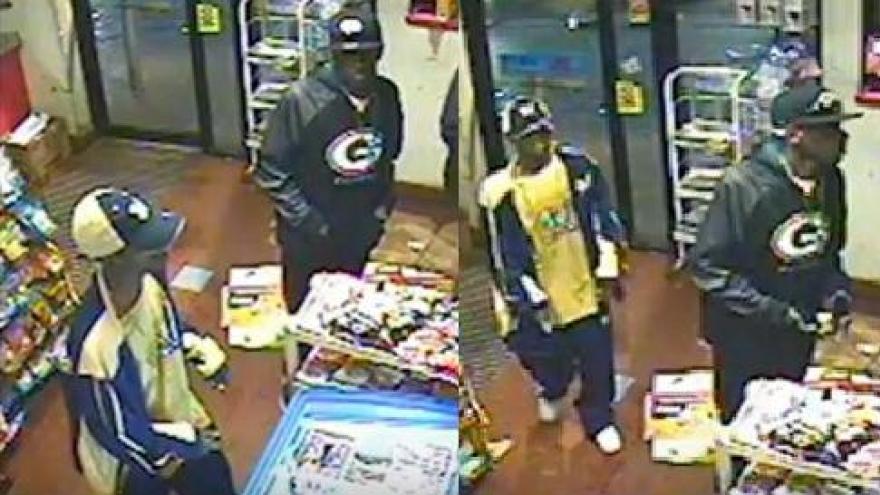 Milwaukee Police are seeking two suspects wanted in connection with an armed robbery at a Citgo gas station located at 4811 N. Teutonia Avenue around 9:30 PM on Monday, April 3.

The suspects entered the gas station and one of them pointed a gun at the clerk. The suspects demanded money, stole the money, and then fled the scene.

Suspect #1 is described as a black man and was last seen wearing a Brewers hat, Brewers jacket, blue pants and white shoes.

Suspect #2 is described as a black man and was last seen wearing a Packers hooded sweatshirt, a black baseball hat, and dark shoes.