MPD Photo Selected as DOJ COPS Photo of the Month 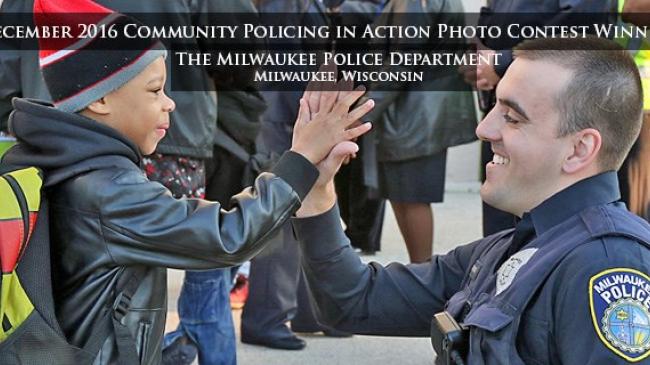 The Department of Justice, Office of Community Oriented Policing Services (COPS Office) is pleased to feature the Milwaukee Police Department as its “Community Policing in Action” photo contest winner for the month of December.

The COPS Office piloted the photo contest in 2015 to highlight positive community policing efforts across the country. After receiving an overwhelming number of submissions, the COPS Office made the photo contest an annual event. The 2016 contest garnered more than 300 photos, submitted by more than 200 agencies during the one-month submission period. The COPS Office selected 12 winning photos to feature monthly and announced them in January of this year. 2017 contest winners will be announced by the end of the year.

To learn more about the Community Policing in Action Photo Contest, visit http://www.cops.usdoj.gov/photocontest.