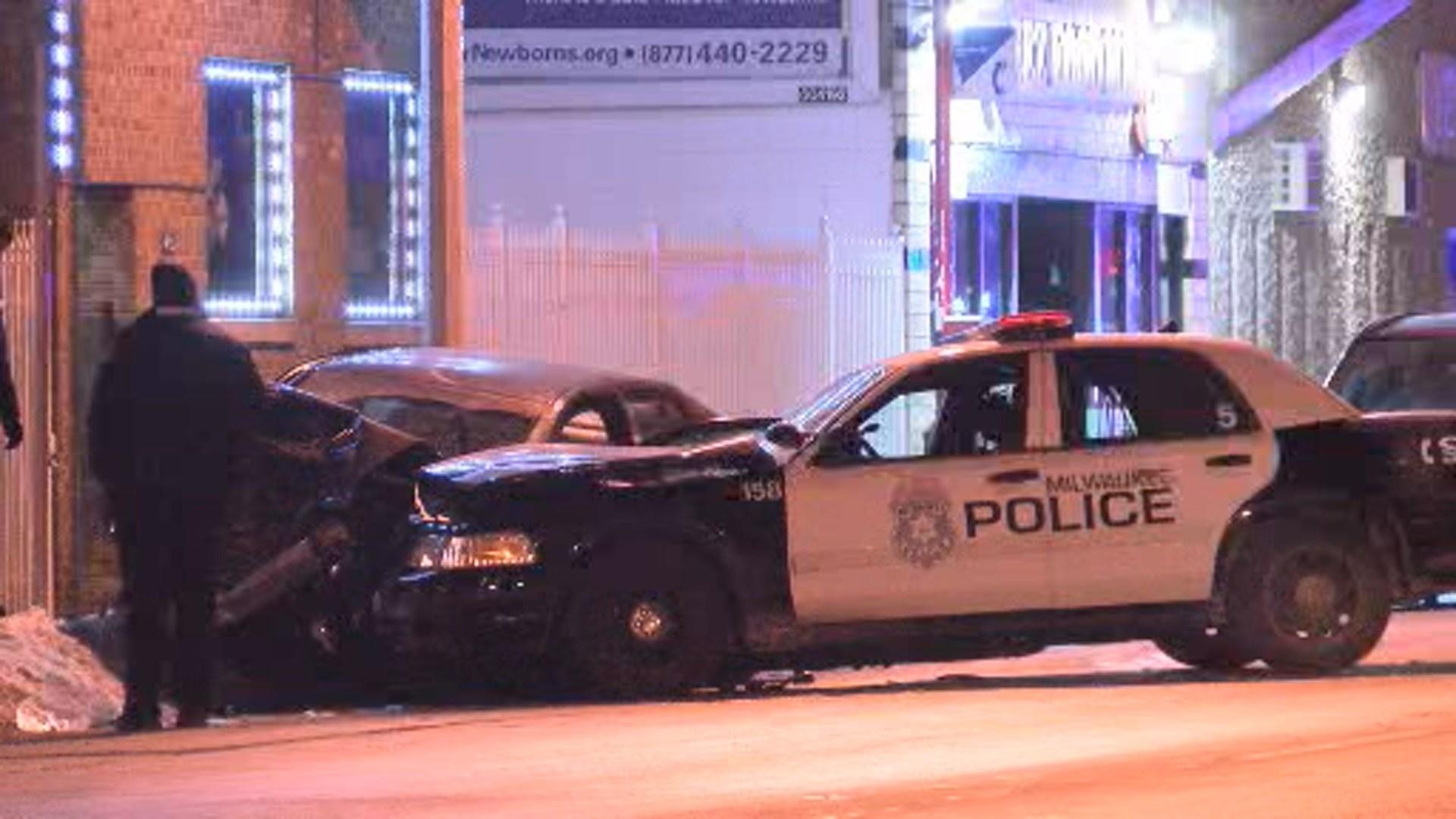 A Milwaukee Police officer was injured early this morning when a car driven by a suspected drunk driver collided with two parked cars and a marked police squad near the intersection of Hopkins St and W Keefe Ave.  The accident happened just after 1 a.m. as the officer was investigating a battery complaint. A northbound 2003 Cadillac driven by a 55-year-old Milwaukee man came up the street at a high rate of speed, colliding with the park vehicles and the squad car.  The officer who was standing alongside the squad, was knocked into the air and landed on the pavement.  The 42-year-old officer with 13 years of experience was transported to a local hospital where he is being treated for his injuries.  The driver of the Cadillac was arrested at the scene for operating a vehicle while intoxicated causing injury and violation of probation.  The driver is currently on parole for Operating While Intoxicated 4th offense.  The driver was treated for minor injuries at a local hospital.  The Milwaukee Police are continuing to investigate the accident.