MPD motorcycle officer injured after being hit by a car 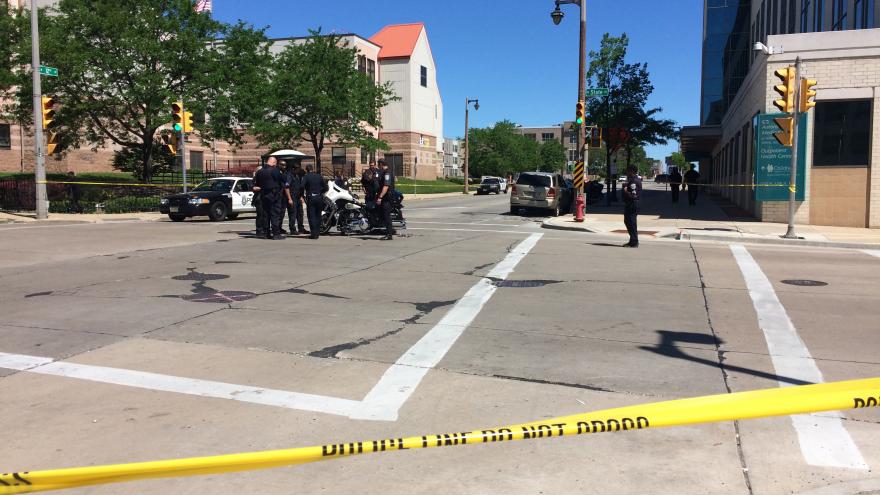 The Milwaukee Police Department responded to a crash that happened shortly before 10 a.m. Tuesday morning near 12th and State.

A 58-year-old MPD officer on a motorcycle was hit by a car.

The officer was taken to the hospital with non-life threatening injuries.

The driver of the car remained on scene.