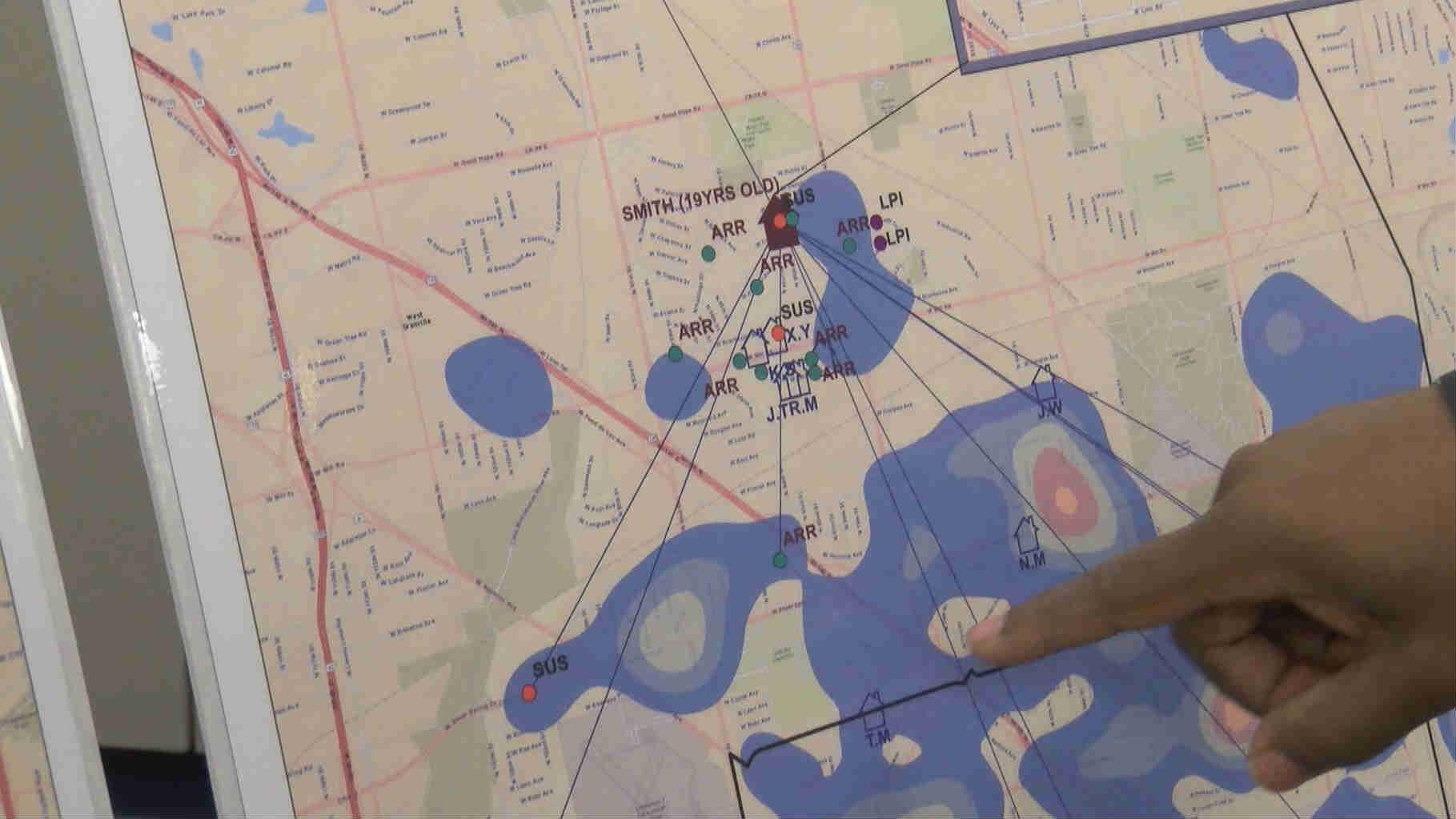 Inside Milwaukee Police headquarters Tuesday, Lt. Derrick Harris pointed to a map smattered with blue and red -- colors showing how big of an impact one criminal makes.

"We know that a small number of individuals that belong to street crews, gangs or cliques represent a high proportion of the violent crime in the city," Harris said.

It's why Milwaukee Police Chief Ed Flynn started the "Group Violence Reduction Initiative" in January. The program invites "known criminals" to meet with prosecutors, faith-based leaders, employers and family of victims.  The goal is to help the criminals move away from crime and become productive members of society.

"Not just saying, 'We're going to arrest you,'" Lt. Harris said of the so-called "call ins".  "We bring the help to them.  We make it easy for them to get the help."

District 4 officers held a "call in" December 9, just a few blocks from where one-year-old Bill Thao was shot several weeks later. Fifteen of the 50 invited actually showed up. Police won't say if the Thao shooting was gang-related, but hope their program reaches at least one person involved.

"If we can impact him and make him stop, the message might pass on to his friends too," Harris said.

It's a warning Jacob Maclin wishes he heard sooner.

Maclin spent time in prison for drug and weapon charges, but has since turned his life around working for Milwaukee Working -- one of MPD's partners in the Group Violence Reduction Initiative.

"[Criminals] get so focused on the negativity that the police, the DA, the federal and the judges that they throwing at them that they don't take the opportunity to listen to the last part," Maclin said from his desk.  "We here to help you."

Milwaukee police say just 25 percent of the people who show up to the meetings were arrested again. But workers at Milwaukee Working know stopping violence takes personal accountability.

"Ain't nothing about me perfect," fellow employee David Buford said.  "But, one thing I do know is every day I'm motivated to get up and do something right."

MPD says the department is committed to the initiative in 2015.  The next "call in" is in the works.  Maclin worked his way up with Milwaukee Working, becoming a shop and warehouse manager.