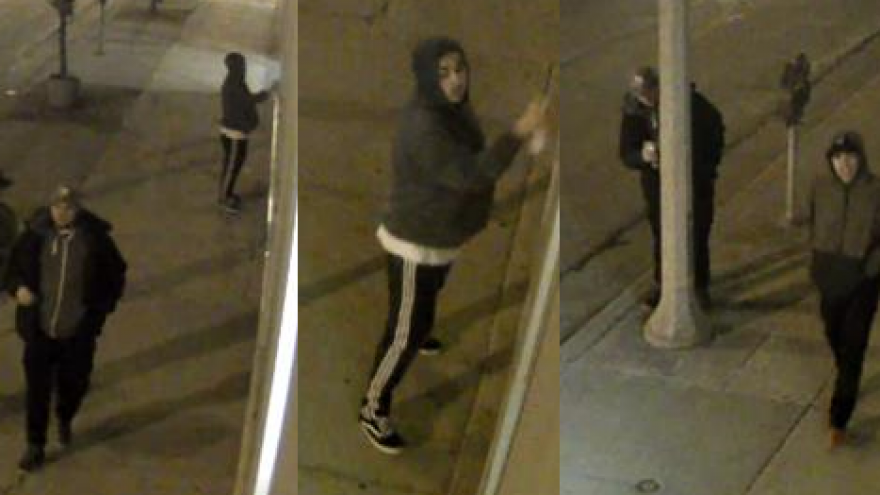 MILWAUKEE (CBS 58) – Milwaukee Police are asking for the public’s help in identifying three suspects wanted for spraying graffiti on buildings on the city’s south side.

Authorities say the incident happened around 3:40 a.m. on Thursday near 9th and Historic Mitchell Street.

The first suspect is described as a man, 17-20 years-old. He is said to be around 5’5” tall and weigh between 150-160lbs. He has a thin mustache and a medium build. He was last seen wearing a gray hooded sweatshirt, black athleteic pants and white tennis shoes.

The second suspect is described as a 17-20-year-old man weighing around 210lbs. He is believed to be between 5’5”-5’7” tall with a thin mustache. He was last seen wearing a gray hooded sweatshirt, dark colored pants and dark colored shoes.

The third suspect is described as a man also between 17-20 years old. He is believed to weigh around 170lbs and between 5’5”-5’7” tall. He was last seen wearing a black baseball cap with a white logo on the front, a black jacket, dark colored pants and red tennis shoes.

Anyone with information is asked to call Milwaukee Police District Two at 414-935-7222.