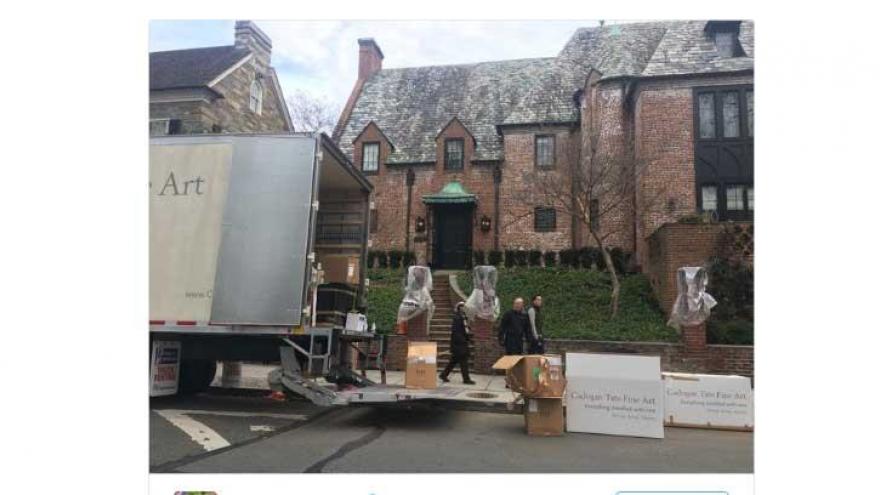 WUSA reporter Bruce Leshan tweeted a picture that he said shows a moving van outside the Obamas’ new home in the residential neighborhood of Kalorama. The picture also shows boxes on the street.

The eight-bedroom home is 8,200 square feet and has nine and a half bathrooms, according to Town & Country, which published pictures of the home’s interior.

The images, taken before the home sold in 2014, show that the house features a living room fireplace, spacious backyard, two-car garage, six-burner stove and wet bar.

In a “60 Minutes” interview that aired on Sunday, his last appearance on network television, President Barack Obama said his family will be happy to be out of the White House.

“I mean, the girls, obviously, you know, they are now of an age in which the constraints of Secret Service and bubbles and all that stuff has gotten pretty old,” Mr. Obama said. “Michelle never fully took to the scrutiny. I mean, she’s thrived as a first lady, but it’s not her preference.”