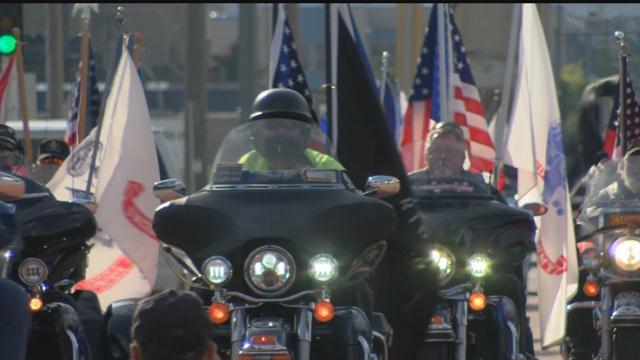 22 Veterans take their own lives every day. That's one every 72 minutes.

Harley-Davidson teamed up with UW Milwaukee's Military and Veterans Resources Center for a fundraising ride to raise awareness on military suicide and PTSD.

One Veterans tells CBS 58 News that he rides because he doesn't think enough people are talking about it.

"We can barely cope with some of the issues these young men and women have," explained Rickard Oberst. "It take a brotherhood of Veterans to come together and that's what this whole thing is about. We're here to support those who are in trouble."

After the ride, there was a screening of the documentary called "Project 22" which follows a cross country trip by Veterans shining a light on the suicide problem among the women and men who wear or wore the uniform.