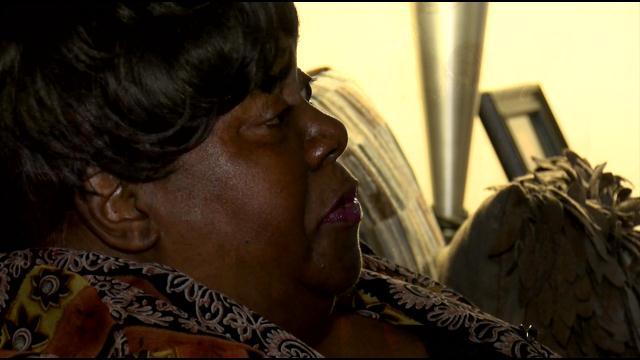 Every time there's another homicide in the city, Marna Winbush relives the pain of losing her son.

\"We love him and we miss him so much. We still celebrate his birthdays,\" she said. \"A lot of people say get over it, it happens. But how can you get over losing a loved one?\"

In September 2003, DeShaun Winbush, 22, and his two friends were shot and killed outside a north side bar after an argument over a woman. The man convicted in the murders bought the weapon from someone off the street.

\"More and more of our young people are killing themselves,\" Winbush said.

Winbush is co-founder of Mother's Against Gun Violence. Over the years, the organization has pushed for background checks on private gun sales, but to no avail.

So far this year, Milwaukee police have recovered more than 1,200 guns off the streets.

\"These young people don't really understand the harm they're causing one another,\" she said. \"We need to do something about it because it's not about the all mighty dollar, it's about lives being saved.\"

Winbush said her group is changing the street mentality of young men by going to schools and neighborhoods and pleas to leaders to help the community end the suffering for all grieving mothers.

Mother's Against Gun Violence is holding its annual block party on Saturday, September 26th at 7th and Capitol. The event starting at 10 a.m. will remember homicide victims and provide fun, positive activities for the community.