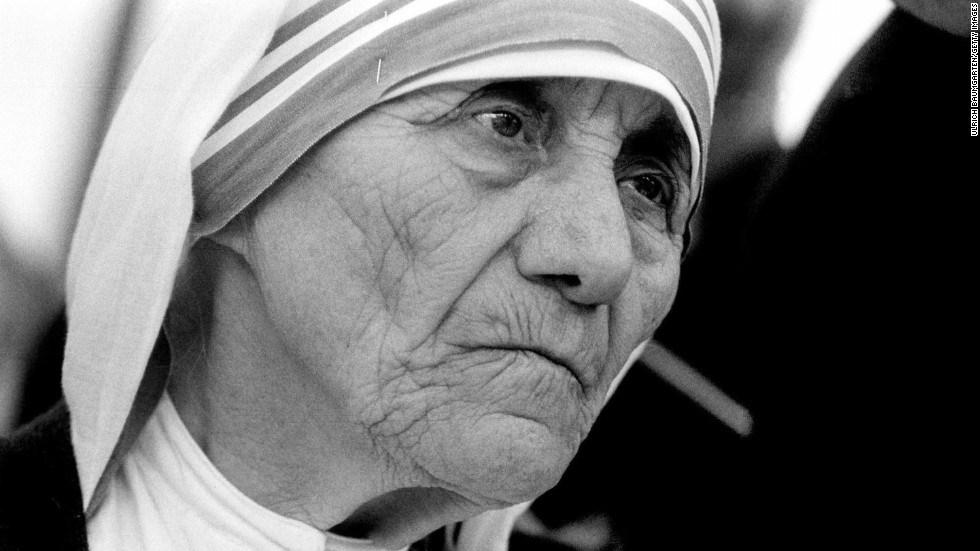 On Thursday, he ratified a miracle attributed to her after her death, the Italian Catholic Bishops' association's official newspaper Avvenire reported.

To qualify a person for sainthood, an attributed miracle must occur after his or her death.

In this case, a Brazilian man with multiple brain tumors was healed after loved ones prayed to Mother Teresa to heal him, Avvenire reported.

Holy See spokesman Thomas Rosica said in a tweet that Mother Teresa should be canonized, or pronounced a saint, in September.The nun renowned for caring for impoverished people in the slums of Calcutta, India, died in 1997 and was beatified in October 2003 by now deceased Pope John Paul II. He approved a first posthumous miracle.

A 30-year-old woman in Kolkata said she was cured of a stomach tumor after praying to Mother Teresa. A Vatican committee said it could find no scientific explanation for her healing and declared it a miracle.Mother Teresa knew poverty from childhood on.

She was born in 1910 in Albania and baptized Gonxha Agnes, the Vatican said. When she was 8, her father died, leaving the family without a main bread winner.

At age 18, sure she wanted to become a missionary, she joined an Irish convent, where she received the name Sister Mary Teresa. Months later, she left for India, landing in Kalkota in January 1929, where she taught at St. Mary's School for girls.

There she took her Final Profession of Vows and became Mother Teresa.

Nearly 20 years later, during a train ride in India, she felt a calling from Jesus to care for the poor, her Vatican biography said. She established Missionaries of Charity to serve the poorest of all.

In 1948, she donned her iconic white sari with blue trim for the first time and walked out of her convent to start her life caring for them.She washed the wounded, cared for the sick and dying and some of her former students joined her over time. She spread her work throughout India.

The Vatican took note of her charity and encouraged her to open various organizations in other parts of the world until they were on every continent.

In 1979, she received the Nobel Peace Prize, which drew the attention of the media to the demur nun in blue and white.

By the time of her death, 4,000 Mother Teresa's Sisters worked under her at 610 foundations in 123 countries.

Before she died, Mother Teresa met one last time with Pope John Paul II then returned to Kalkota to spend her final days with people close to her. She died on September 5, 1997 and was given a state funeral by the government of India.

Pope John Paul II waved the requirement of waiting five years after a person's death to pursue the path to sainthood and opened Mother Teresa's Cause of Canonization less than two years after her death.