Mother says her daughter was assaulted at Sky Zone in Waukesha

NOW: Mother says her daughter was assaulted at Sky Zone in Waukesha

WAUKESHA, Wis. (CBS 58) – A mother is speaking out after she says her daughter was assaulted at the trampoline park, Sky Zone.

Syrita Buchanan’s 13-year-old daughter went to an overnight ‘Lock –in’ at the business and ended up in the hospital following a brawl that broke out.

“They started sending me the different videos, and all you see is kids on top of whoever they’re on top of, stomping them,” says Syrita Buchanan.

Buchanan is referring to cell phone videos that show a chaotic scene inside of Sky Zone Friday night. 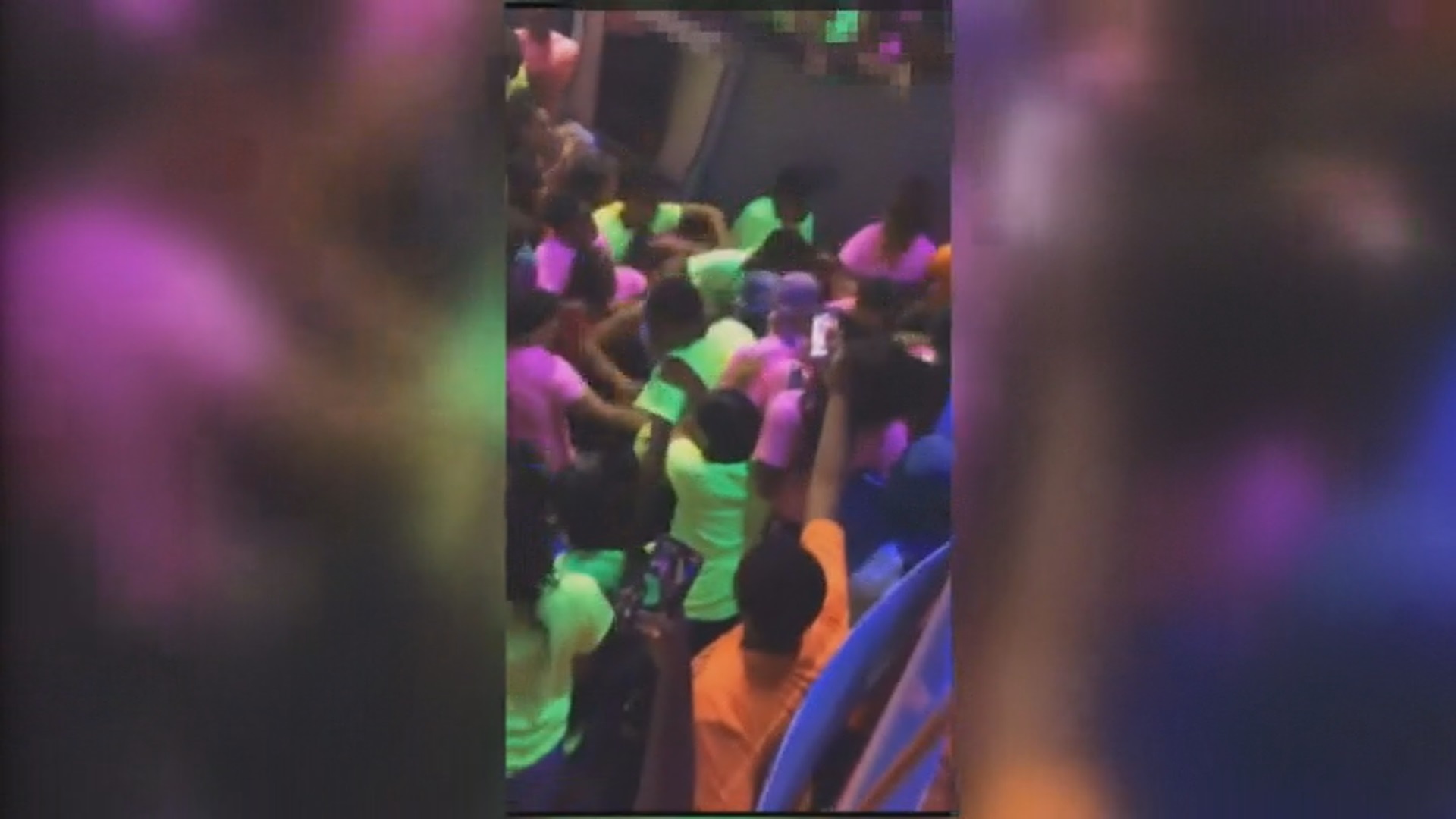 Buchanan says the event took a turn for the worse, sending her daughter to the hospital.

“It was a group of people, and they jumped one of my friends,  and then I guess they were looking for me or something, because I was her friend, and they jumped me too,” says Madisyn Buchanan.

“Bruises on her legs, a little mild concussion to her head,” describes Syrita of her daughter’s injuries. “Her friend had a big knot on her head, her knee was swollen, a big scratch on her head.”

Syrita says she received the dreadful call while she was out of town, but she managed to speak to a manager who told her there was one security guard for the whole event.

“One security with a whole bunch of teenagers like that was very unsafe,” says Syrita. “It could have been prevented if they had the proper security.”

We reached out to Sky Zone who would not comment on the claims.

“It didn’t have to happen,” says Syrita. “Now we got a hospital bill. They didn’t offer to say we’ll pay for the bill.”

Syrita hopes adjustments are made for any future events.

“Be prepared,” says Syrita. “You have almost 300 inner city kids with no supervision. Get security, be set.”

CBS 58 also reached out to the Waukesha County Sheriff’s Office who is in charge of the case, but we’ve not heard back yet.