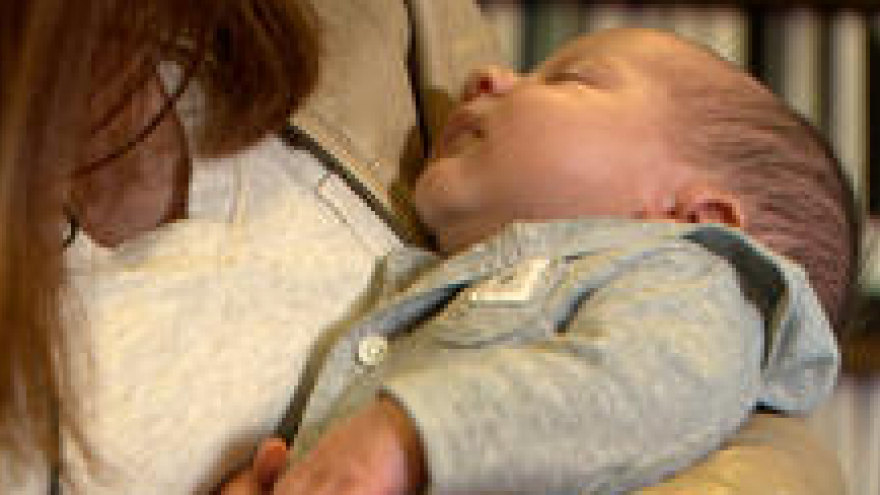 LEBANON, Tenn. - (News Channel 5) The birth of a child should be a joyous occasion, but that moment turned into a nightmare for two proud new parents after they learned doctors mistakenly performed surgery on their healthy newborn.

Little Nate was born healthy and happy. "The baby was perfect, healthy and beautiful," said Jennifer Melton who delivered at University Medical Center in Lebanon.

Not long after the birth, her newborn went for what Melton thought would be a routine physical. A couple hours later Nate was back.

"At that point the nurse started to mention the procedure they had done that they had clipped his tongue," said Melton.

Somehow, someway a doctor without the parents signed consent performed a surgical procedure on Nate that apparently was meant for another child.

"Essentially they took our child who was healthy from the room and cut his mouth," said Melton. "At that point I began to cry hysterically."

"There is no excuse on operating on the wrong baby, none," said Melton's attorney Clint Kelly.

Kelly said the doctor performed a Frenulectomy, which is the cutting a flap of skin from under the child's tongue.

The procedure is a treatment for infants born with a condition that restricts the tongue's range of motion, but little Nate's tongue was normal.

The doctor didn't try to make any excuses. In a progress report from the hospital he wrote: "... I had asked for the wrong infant. I had likely performed the procedure on an infant different than the one I intended to ... and I admitted my mistake and apologized."

"They were sorry they made a mistake," said Melton, but added that is small consolation. She trusted the hospital would care for her newborn. Now she and her attorney wonder what the future holds for little Nate???

"We don't know if the child will have speech problems or eating problems. The concern here is this was a healthy baby that was supposed to leave the hospital, but instead was harmed by the hospital," said Kelly.