Mother of kids shot in van charged with child neglect 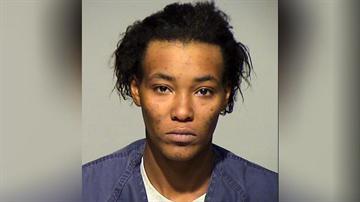 MILWAUKEE -- The mother of the two children shot while sitting in their family's van has been charged with seven counts of child neglect. The charges center around an inspection of the family's home the morning after the shooting.

According to court documents, 25-year-old Octavia Burton tells police she and her significant other live with seven children and five dogs at their home near N. 34th and Hadley. MPD officers noticed a strong odor of dog urine and feces throughout the house.

One MPD officer found a mattress in a closet in a first floor bedroom; it was covered with over 100 insects including roaches. Another MPD officer reported observing an insect infestation in every room of the house.

In the criminal complaint, police report finding the first floor bath tub filled with a dark brown liquid. Police also say there was no refrigerator in the kitchen. In the home's living room, police report seeing a metal crate with both old and fresh dog feces. Police say the living room floor was also covered with garbage bags containing dirty clothes and insects. The criminal complaint also says the upper kitchen's pantry was filled with dog feces.

A City of Milwaukee inspector examined the house, and shut it down due to the condition of the home.

MADACC picked up all five dogs that criminal complaint describes as malnourished and insect infested.

If convicted, Burton who is already out on probation could be sentenced to three and a half additional years in prison.