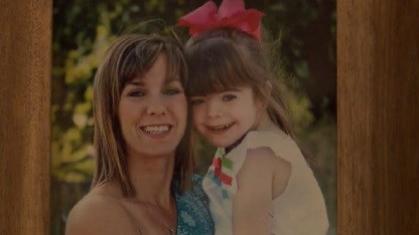 The mother of a young girl who died without receiving access to a controversial cannabis oil is devastated that the state senate ended its session without voting on the bill known as "Lydia's Law."

Sally Schaeffer, Lydia's mother, fought for the legalization of CBD oil to treat seizure disorders in her daughter and other children. Lydia died in 2014 at the age of seven.

"We fought and we researched and we did everything we could while she was alive to figure out how to treat this seizure disorder," Schaeffer said after the bill wasn't heard at the end of the session on Tuesday.

"I brought the same emotion and mentality to this effort," she said.

"Now we have something that some of our opponents are saying it's just a placebo," he said. "Well what's the problem? We should be able to do this because if it does help, it might be that one person the one of the 36 percent that helps the child."

State Senate Majority Leader Scott Fitzgerald said the bill will be back up for discussion in January.

"There certainly is a lot of support," he said. "But at the end of the day, we didn't have the votes to get it on the calendar and that's why it's not before us now."