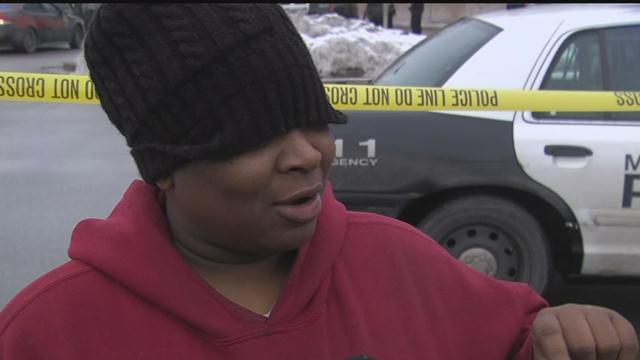 Several victims were severely beaten during a robbery that occurred prior to police pursuit that ended in the crash in Northwest Milwaukee.

The subjects were all 13-year-olds.  The pursuit covered nearly 15 miles from the southeast to northwest side of Milwaukee.

"We've seen like 30 or 40 police cars going each direction and the first thing that came to our head was follow suit,” said Mrs. Evans.

She said her son is one of the four 13-year-old suspects that were in the car and under arrest.

"All I can do is sit here and be patient I'm just playing with the Lord to figure out who all is in these vehicles,” Evans said.

It all started this morning when a man said the suspects stole his car. He admits his friend left it running as he went into to get their daughter.

"I was scared I've never seen a chase go that close with traffic and pedestrians going by anyone could've been hurt," said a witness.

Police said they used a "pit maneuver" to stop the car at the Walmart parking lot on 107th and Silver Spring.

Police hit the bumper of a car to cause it to spin out.

As for Ms. Evans she said her teenage son will now learn this lesson the hard way by being "grounded" in jail.

"Some kids think it's fine to do what they want to do until they honestly realize this is what can happen going to jail or you can be dead,” said Evans.