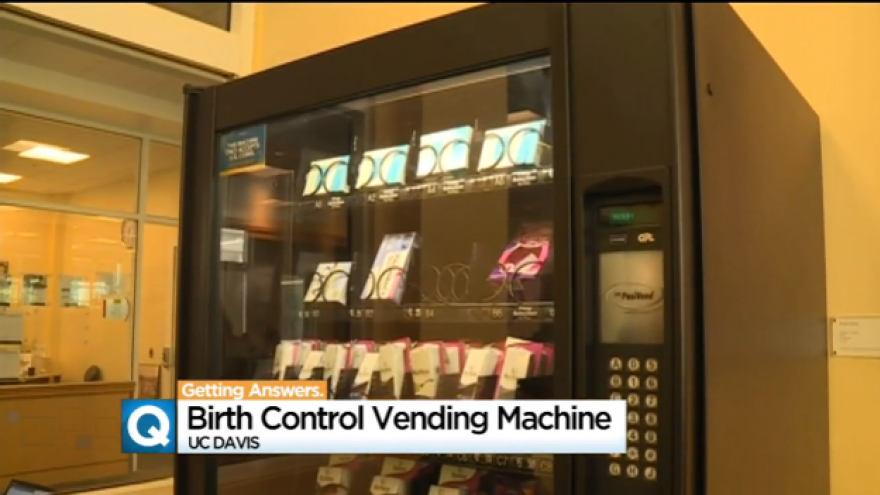 SACRAMENTO (CBS13) —  In a quiet UC Davis study lounge, back in the corner just past the coffee cups, you’ll find contraception for sale in a vending machine.

If you look closely, the machine isn’t just stocked with condoms, tampons and pregnancy tests. It’s selling the morning-after pill. The A row up top will dispense the Plan B pill for $30 a box.

For students here, it’s an out of the box idea, known as the Wellness To Go machine, and it’s drawing more praise than criticism.

“I think it’s easier to take a Plan B than have to tell your parents you’re pregnant,” said one student.

“It’s useful so you don’t have to go the pharmacy,” her friend said.

“There was an incident where my friends went to the one pharmacy in town on a Friday night and they were all out of emergency contraception,” said Parteek Singh.

Parteek Singh is suddenly very popular on the UC Davis campus, and others across the country. He’s taking calls from students everywhere asking him to help bring the wellness machine to their schools.

“I want to see this on every college campus,” he said.

Ambitious plans for Plan B on campus. Now the backup pill in the back of a study hall even has moms weighing in.

“It encourages responsibility; if you mess up you mess up. It’s better to wait and see if you get pregnant and have an abortion,” said Stephanie Richardson.

Asked whether the school has a public position on the controversial vending machine in the UC System, a spokeswoman had no response. The spokeswoman did emphasize, the school senate worked with administration and healthcare officials in implementing the program.