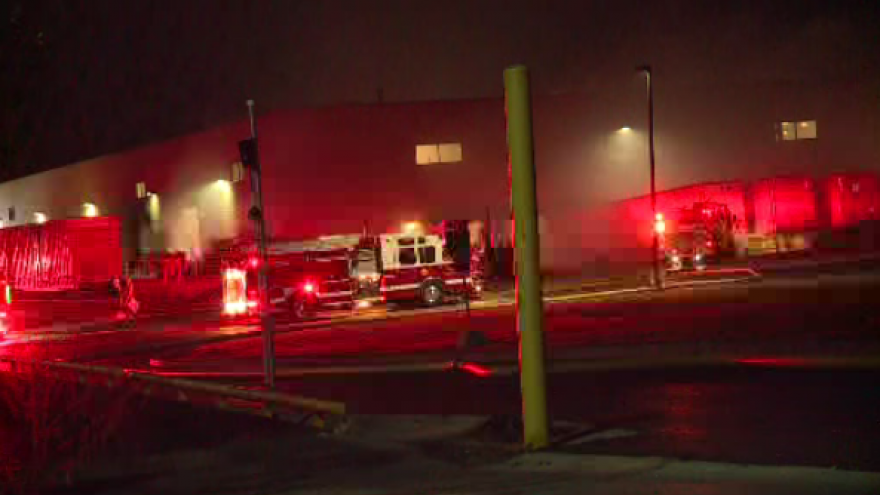 Multiple patients were treated by EMS and fire personnel on the scene. A total of five people were treated for smoke inhalation, but they all refused transport.

No fire personnel were injured.

Germantown firefighters were dispatched around 4:46 a.m. to an industrial fire near Grant Dr. in Germantown.

Upon arrival they were met with an industrial building being evacuated, with heavy smoke showing and fire on multiple levels.

The fire was upgraded to a "Target hazard"  due to it being an industrial business and the nature of contents.

No information was released about the cause of the fire.