MADISON, Wis. (CBS 58) – Milwaukee and political party leaders are impressed by the number of returned absentee ballots and early in-person voting thus far, but all admit there is more work to be done before now and Nov. 3.

“I think it’s pretty amazing that we’re seeing this many people vote this early,” Milwaukee Mayor Tom Barrett said. “Now, what we don’t know and what we won’t know until Election Day is if this translated into an increase in voters or if it translates into a change in practice, but it is pretty monumental, I would say.”

As of Wednesday, Oct. 21, voters in Wisconsin returned 1,027,585 absentee ballots either by mail or through drop-off sites, according to the Wisconsin Elections Commission.

The city of Milwaukee launched a new site called 414 Votes, intended to inform voters on their options to cast ballots as well as report a daily tally of the number of absentee ballots returned.

Officials hope it also encourages voters to return their ballots as soon as possible.

“We do still think we will have between 150,000 and 175,000 [absentee] ballots to count on election day,” Claire Woodall-Vogg, the Milwaukee Election Commission executive director told reporters. “One of the reasons for creating our thermometer is to really drive voters to return their ballots and not hold onto them until Election Day. That is one statistic where the city of Milwaukee is still a little bit less than the rest of the state.”

“Our voter scores suggest we’re about where we expected to be,” Republican Party of Wisconsin Executive Director Mark Jefferson told CBS 58.

While democratic strongholds like Milwaukee and Madison lead the state in returned ballots, Jefferson is confident GOP supporters will have a strong showing especially with early, in-person voting which began on Oct. 20.

“We’re doing all we can to drive people out to the polls whether it’s voting early, through mailing applications, we’re texting people, we’re calling them, we’re going to their door,” Jefferson said.

“We’re incredibly ecstatic at the enthusiasm for Joe Biden and Kamala Harris, but at the same time we are taking nothing for granted, we’re still running like we’re two points behind,” Philip Shulman, the Democratic Party of Wisconsin’s director of press strategy said in an interview. “Volunteers and voters know what’s at stake in this election and so everyone is just putting their foot on the gas and leaving everything out on the field.” 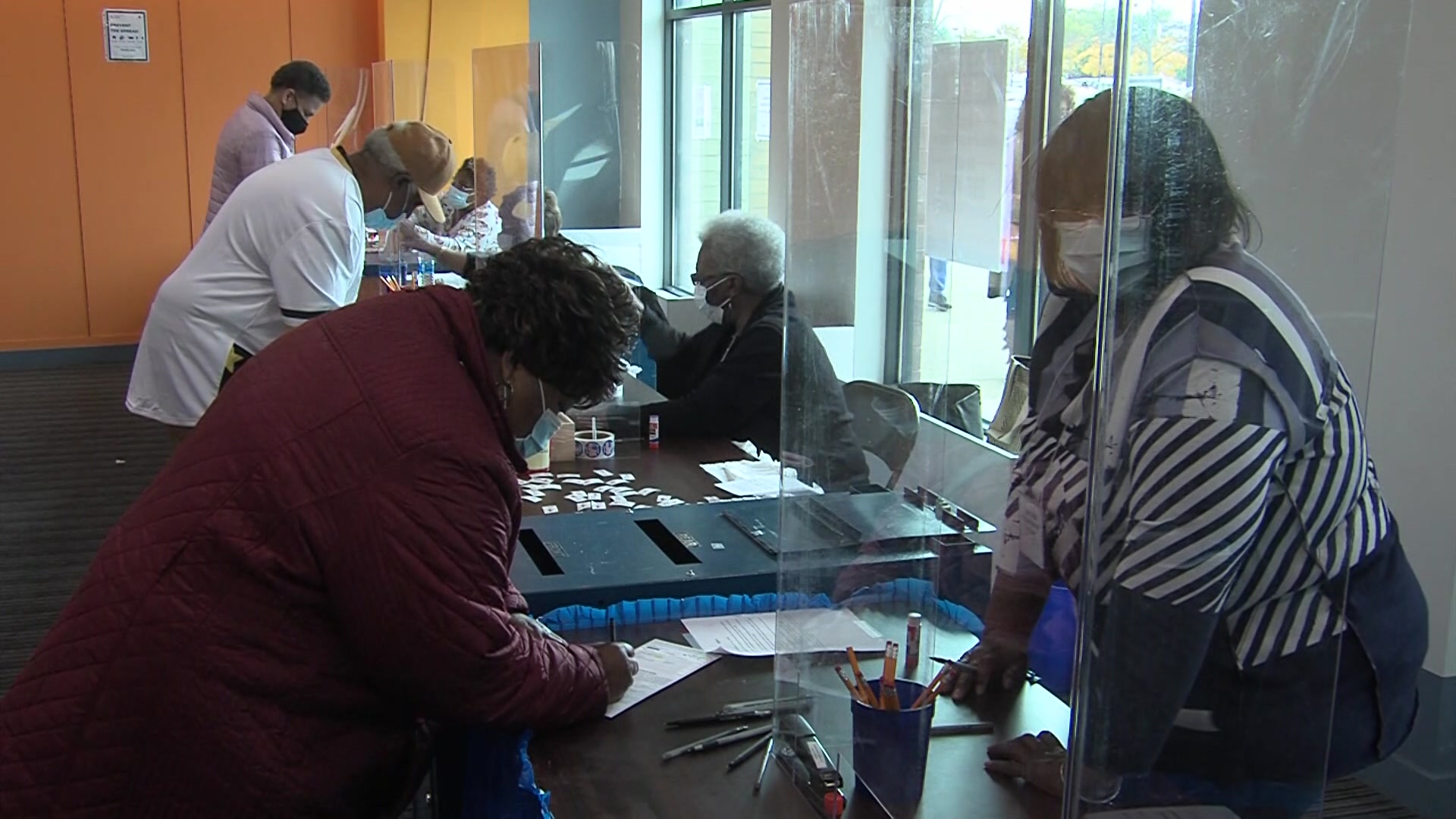