More than 200,000 New Englanders without power on Thanksgiving 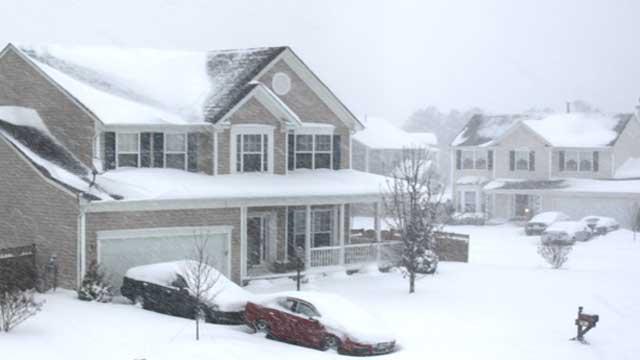 Chopping breadcrumbs by flashlight. Cooking turkeys on the grill. Watching Netflix on phones.

Many New Englanders were without power -- but not initiative -- as tens of thousands of residents woke up Thursday to find the lights out.

In Vermont, more than 193,000 customers were without power as of Thursday afternoon.

\"They're saying it will be a multiday event,\" Fallon Reed, the assistant operations chief for the New Hampshire Division of Homeland Security & Emergency Management, said.

Some areas wouldn't get power back until Friday, Emera said on its website.

There were about 27,000 customers affected by outages in Massachusetts, according to the websites of the four major power companies.

\"I don't have a generator, so I don't want this to go on too long. I would just like to keep it at a few hours at the most,\" Portland resident Harley Bassett told CNN affiliate WMTW-TV.

The outage is being blamed on a nor'easter that blew wet snow onto trees and power lines, the station reported.

Kelly Gordon, who lives in New York, tweeted early Thursday that her mother was improvising.

\"Power is out at parents house in Maine, so my mom is chopping breadcrumbs with a flashlight. She's worried turkey will freeze. #holidaypro,\" she wrote. In a later update Gordon noted the electricity -- and the turkey cooking -- was back on.

More than a dozen cities saw a foot or more of snowfall, while Hartford and Lewiston each saw in excess of 15 inches, WMTW reported.

The National Weather Service canceled a winter storm warning at 7 a.m., but a gale warning -- issued when winds are expected to reach 39 to 50 mph -- remained in effect until late morning.

Temperatures were supposed to creep above freezing in Portland, in the south of the state, on Thursday morning.

In Caribou, on the northern end of Maine, the mercury is predicted to stay between 6 and 28 degrees Fahrenheit (-14 and -2 Celsius) until Sunday, when things are expected to warm up (\"warm\" being relative, as forecasts predict a high of 38).

Power companies reminded residents to keep fuels for emergency heating sources away from flames, ensure generators are properly grounded, refrain from using generators, grills or camp stoves indoors, and keep fridges and freezers closed as much as possible.

Lots of Mainers took to Twitter either to poke fun at or moan about the weather. Most showed remarkable resilience and seemed reluctant to let the weather ruin their turkey day.