More than 16,000 rides taken during The Hop's opening weekend 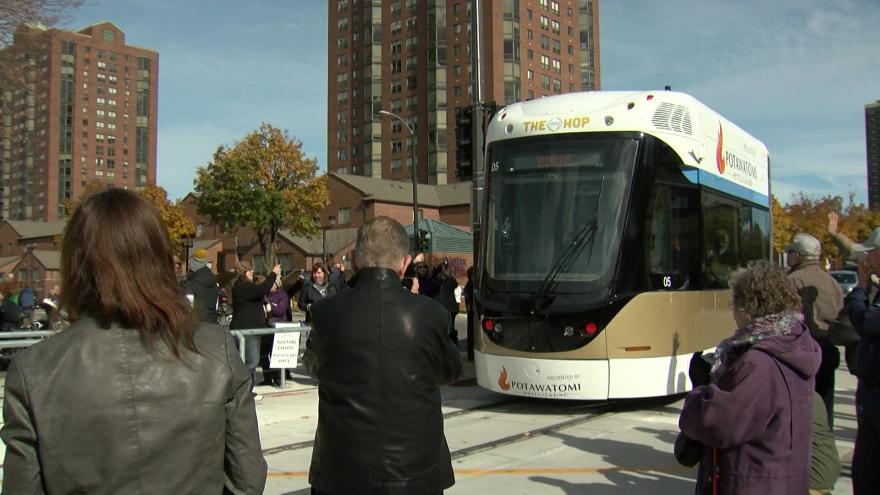 MILWAUKEE (CBS 58) -- More than 16,000 rides were taken during the first weekend of service for Milwaukee's streetcar.

The Hop officially launched a week ago on November 2. During the streetcar's opening weekend the five cars traveled more than 850 miles.

See the breakdown of the numbers below:

459 Percent increase in traffic to www.thehopmke.com website during the weekend

856.3 Miles traveled by The Hop’s fleet during the weekend