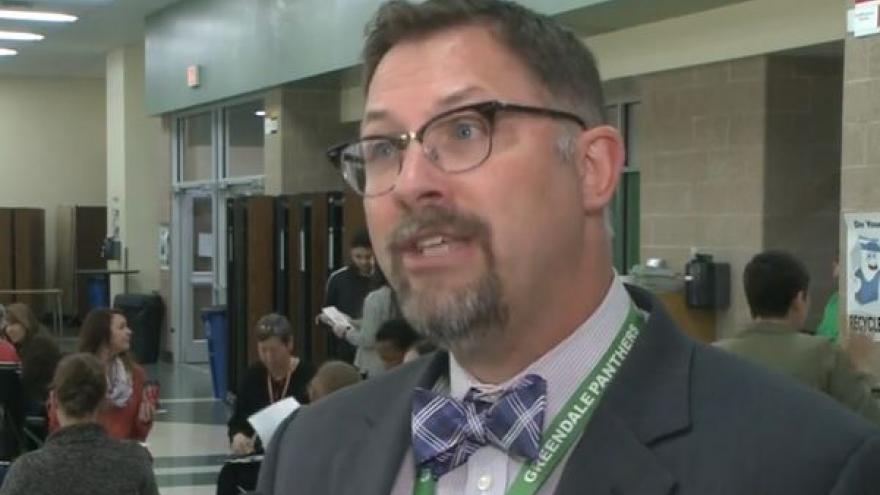 See Also Greendale Schools superintendent resigns, accused of using district-issued credit card for personal purchases
Parents say questionable district spending goes beyond the $10,000 the former superintendent agreed to pay back, and they feel the school board is keeping them in the dark.

"Not only is it Dr. Kiltz who misspent,” Christopher Allessi II said. “Yes, he is gone. But the people who are overseeing Dr. Kiltz did not do their jobs either, and those people are still running the school district."

Several residents raised concerns over a pattern of Kiltz's spending on a district credit card - the stacks of expenses Kiltz racked up includes 20 trips to Bluemells coffee garden since 2018 worth hundreds of dollars.

The list of approved and non-reimbursed expenses on the school's credit card include a $300 meal at the Capitol Grill, $252 at a Swarovski Jewelry store at Mayfair Mall and more than $3,800 over five trips to Michael's.

Some are frustrated with that spending after the district passed a $33.8 million tax referendum in 2018.

"If they already screwed up overseeing a single credit card from the superintendent of the district, what kind of oversight are they doing with this referendum," Allessi said.

The district sent this statement on the expenses:

“On behalf of the Board of Education, I wanted to clarify some questions that have been asked by community members recently regarding the resignation of Dr. Gary Kiltz. The Board requested Dr. Kiltz’s resignation and repayment of the funds he charged so the school district could part ways and be repaid quickly. Both were accomplished when the Board approved his resignation on October 28 and when the school district received a cashier’s check for the repayment on November 5.

As superintendent, Dr. Kiltz had a two-year employment contract through June 2021. Had the Board pursued a criminal investigation, he likely would have placed on paid administrative leave until the conclusion of the investigation and he would have collected his salary for a longer period than when he resigned in October. Additionally, it was important to the Board that the school district was repaid. That repayment has already occurred. Had we pursued a criminal investigation, repayment would have waited until a conviction and court-ordered restitution.

There have also been questions regarding the travel charges on credit card statements provided to a community member through an open records request. Although some of his travel charges, which we have previously acknowledged, were for personal travel, there are district-related travel charges that were incurred for staff and superintendent professional development opportunities at national conferences.Professional development and the required travel to participate in those opportunities is an authorized, budgeted expense approved annually in the district budget by the Board of Education.

In the short time that Jonathan Mitchell has led our Finance area, he has already made an impact, that will better our controls. The Board of Education has asked him to inform our External Auditors, as well as lead an effort to review and enhance our internal processes. We will assess our current policies and procedures, review them with our policy committee and discuss and approve them at a future board meeting.”