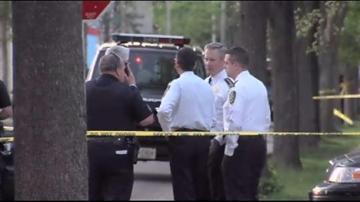 MILWAUKEE-Police said Tuesday that the District Attorney's office began its review of the investigation into the shooting of 10 year Sierra Guyton.

The girl has undergone surgery and, according to her father, is still suffering from brain swelling, after she was struck near 28th and Clarke at the school playground.

Investigators also revealed that when he was arrested, three other individuals also were taken into custody for Aiding a Felon.

Their names, like the 18 year old, are not being released.

Investigators will only say that they are  a 20 year old Milwaukee man and 45 and 20 year-old women from Milwaukee.

They will also be referred to the DA’s Office for possible charges.

The second suspect in the shooting remains unidentified and at large.  Anyone with information about his identity or whereabouts is asked to call Milwaukee Police.

Information that Chief Flynn had Monday about the arrested suspect’s probation and parole status was incorrect.

The suspect was not on probation at the time of the May 21 shooting.  He had been on probation, however it was revoked in 2013.

CBS 58 News has calls into the District Attorney's Office for comment today. So far, John Chisolm has not granted our request for an interview.