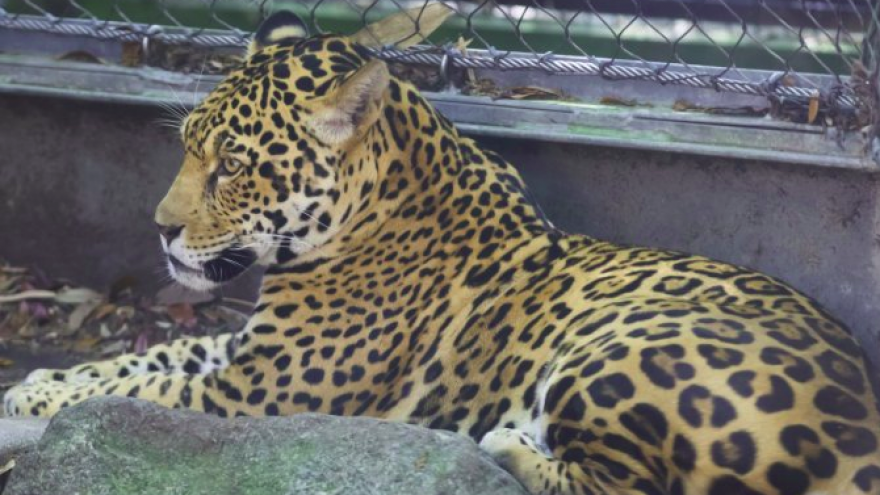 NEW ORLEANS -- (CBS NEWS/AP) Nine animals have now died after a jaguar escaped from its habitat at the Audubon Zoo in New Orleans. The zoo announced that an injured fox died Monday morning.

CBS affiliate WWL-TV reports an alpaca and fox died Sunday, the day after the male jaguar killed four alpacas, one emu and one fox Saturday morning. The jaguar was captured and returned to its night house after being sedated by a vet team.

No people were hurt and the zoo was reopened Sunday.

The zoo acquired the alpacas in March from farms in Alabama and Mississippi. The alpaca that died overnight Sunday was the zoo's last living alpaca.

It's not immediately clear how the animal escaped. Zoo officials say inspections found that the roof was "compromised," but initial findings concluded that keeper error was not a factor.

"This continues to be a sad time for the Audubon family," officials wrote. "We appreciate the continued overwhelming support."

This continues to be a sad time for the Audubon family. We appreciate the continued overwhelming support from the community. If you wish to drop off items to share condolences with our staff, please bring them to the front entrance of the Zoo. pic.twitter.com/w6NNthBaSj

In a Facebook post in February, the zoo called the jaguar named Valerio a "big lovable goofball" and encouraged visitors to see him in its "Jaguar Jungle" exhibit.