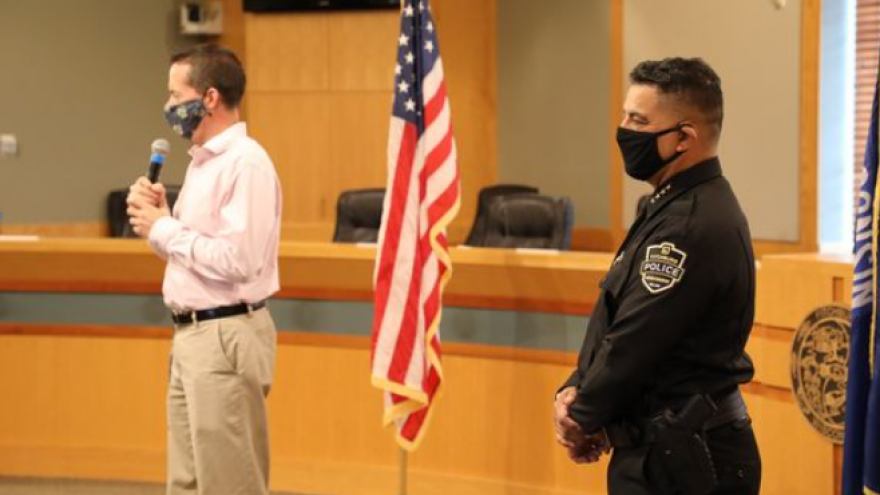 Fitchburg is a suburb of Madison.

Morales was sworn in Friday morning, Oct. 15, more than two months after the city of Milwaukee agreed to pay him a $627,000 settlement stemming from his lawsuit over being demoted.