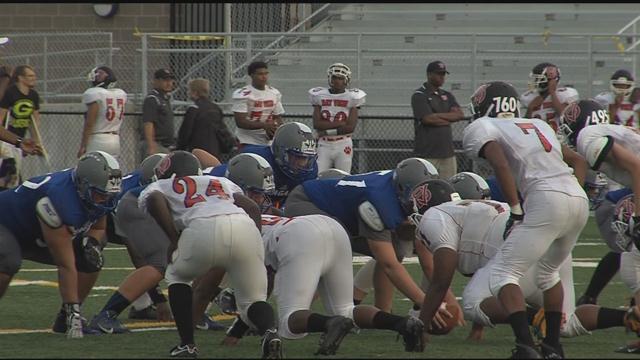 Will smith stars in the new movie, \"Concussion\".

The movie is scheduled to be released in December of this year, and it’s based on a true story about the doctor who changed the way the NFL thinks about concussions.

Thousand of kids are playing under the Friday night lights this time of year, and the threat of injury, especially concussions is just one play away.

New this year for Milwaukee public schools, certified athletic trainers will be on the sidelines at football games.

The money comes from a $20,000 NFL matching grant from the Green Bay Packers, and during two games Friday night at South Stadium, CBS 58 saw why certified athletic trainers are needed.

\"Do the initial evaluations, the treatment and then do a determination,” Lisa Strick said. “Talk with the parents to make sure they're in the decision along the process, and go from there.\"

\"He had a headache for a couple of days and it just wasn't getting any better,” said Novane. “I feel bad because we didn't know anything about concussions.\"

The WIAA has a policy; a player who suffers a concussion must go through a five step process, starting at 15 minutes of light experience to eventually full contact in practice, before they can play in a game.

\"Every student athlete and every parent needs to have concussion awareness,” Todd Clark with WIAA said.

Novane says she is more aware, and at ease knowing certified athletic trainers will be on the sidelines.

\"I wish we had someone there to identify it right away and I could have seeked medical attention for my son immediately instead of having to wait those couple of days,” Novane said. “It could have been a whole lot worse.\"

A young man was also taken away by medical personnel for what appears to be a serious injury during the late evening game at South Stadium.

Wisconsin has gotten some attention lately regarding concussions.

Packers’ wide receiver Jared Abbrederis suffered a concussion in July, and former Wisconsin Badgers and 49ers linebacker Chris Borland retired from the NFL in March of this year, fearing concerns of head trauma.