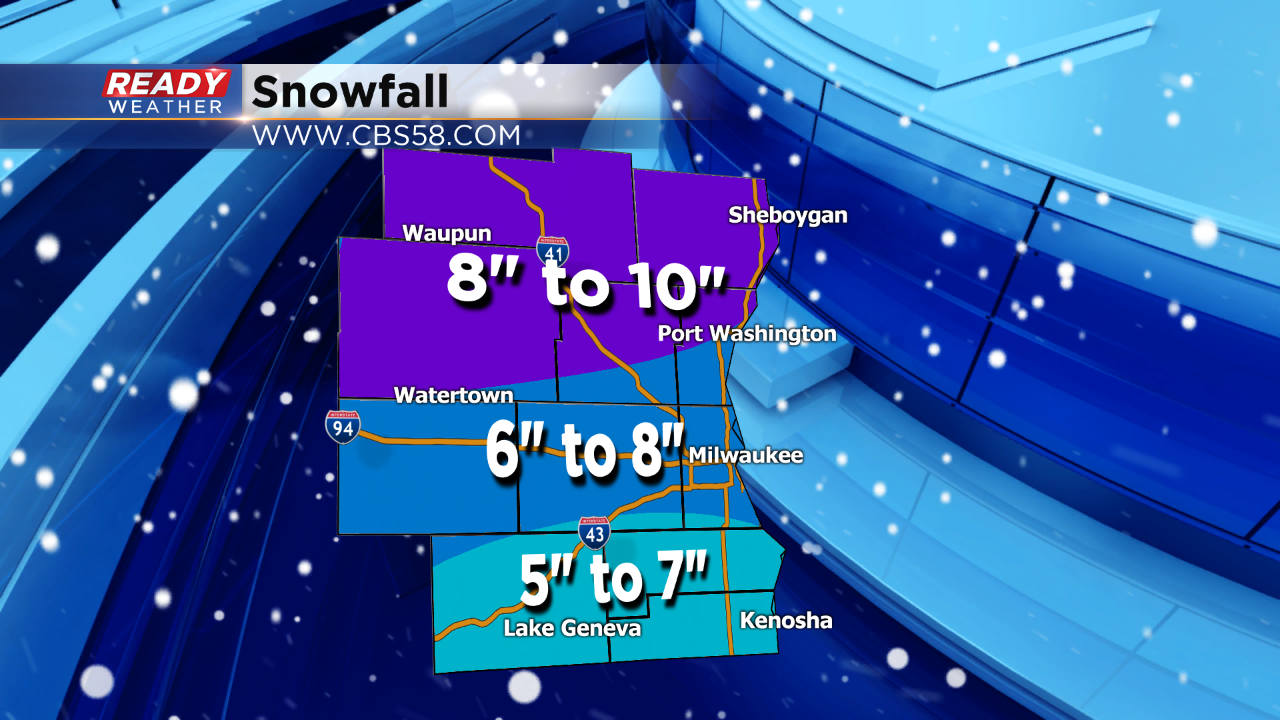 The NWS has expanded the winter storm warning to included Milwaukee, Waukesha, and Jefferson counties.  Heavier snow will create totals well over 6" over the next 12 hours in those areas.

After looking at the data here's the latest snowfall forecast.  The Tuesday morning commute will be an issue with temperatures in the upper 20s with heavy snow.  Snow showers will continue on and off throughout your Tuesday. 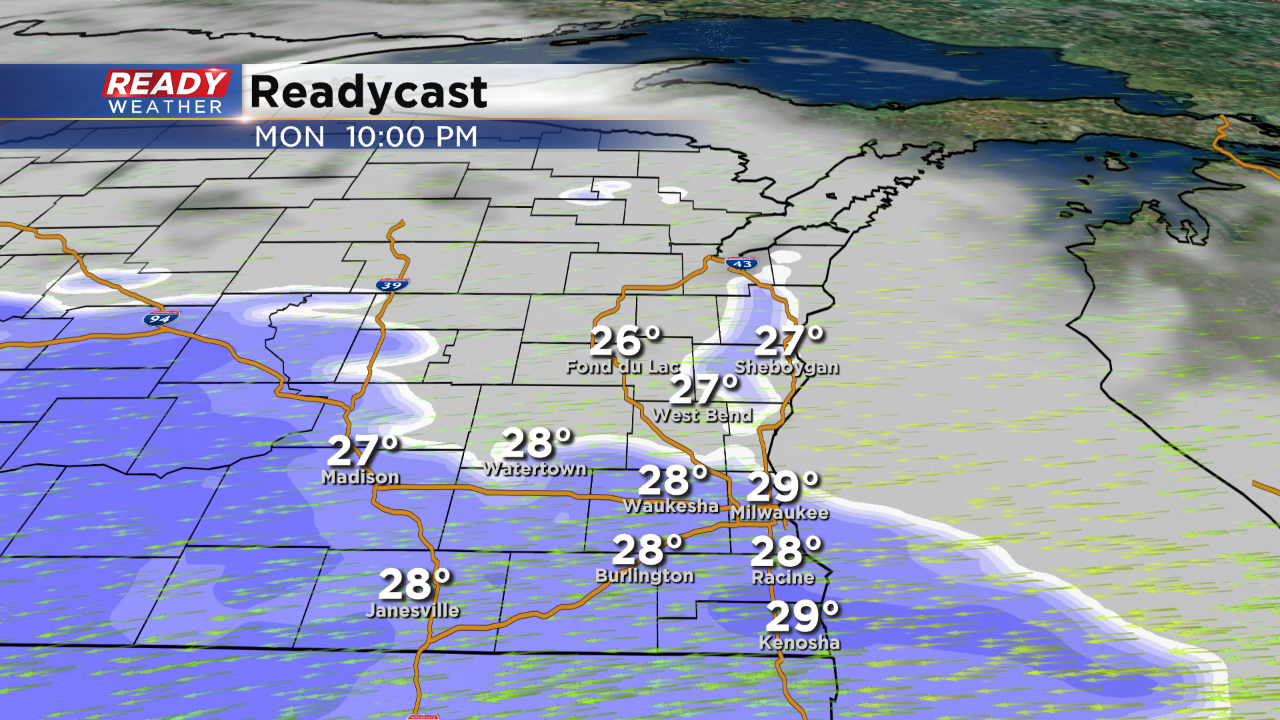 No real changes to the forecast.  The models continue to bring in the snow between 6 pm and 10 pm this evening.  Heavier snow will follow overnight into Tuesday morning. 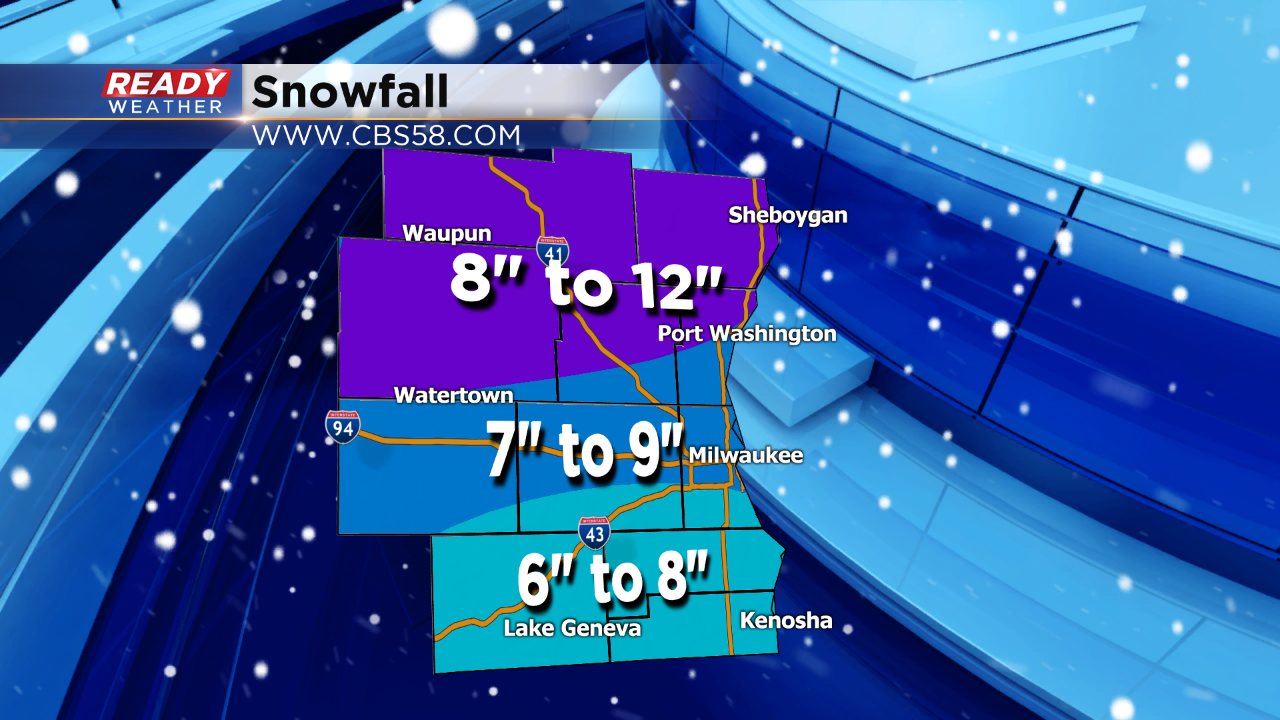 There could be some lake enhancement overnight into Tuesday morning with a strong east to northeast wind. 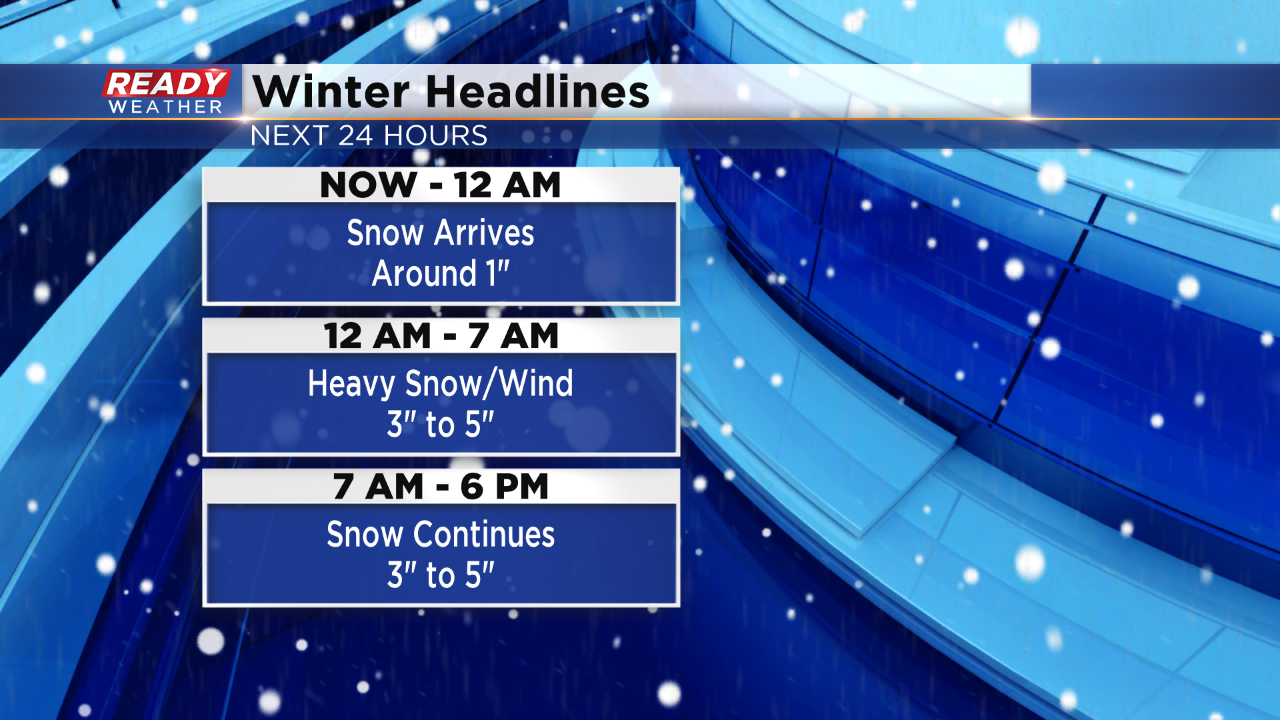 The NWS hasn't changed the advisory or the winter storm warning designation.  The latest model runs continue to show heavier snowfall amounts across the area.  An upgrade to a warning for all of southeastern Wisconsin is possible.  Bottom line it looks like most of the area will pick up between 6 and 10 inches of snow by Wednesday morning.

The snow starts to move in between 8 pm and Midnight from south to north.  The snow will really ramp up between 3 am and 6 am.  Accumulation overnight will range from 3" to 5".  The winds are really expected to be strong tonight between 15 and 25 mph.  That will drop the visibility.  A slow morning commute is expected.

Snow will continue throughout the day on Tuesday with another 3" to 5" possible.  The snow starts to weaken by Tuesday evening and eventually tapers to flurries going into Wednesday.

Normally in February, we get 9.8" of snow.  Let's just say we could easily get to that amount by the middle of the week, and it's not even the middle of the month yet!  The snow arrives by 9pm for the most part and hangs around for more than a day.  4-8"+ amounts will be common with much higher amounts north of I-94.  The wind will be a big issue too, reducing visibility. And we're not done.  We get another system Thursday into Friday. 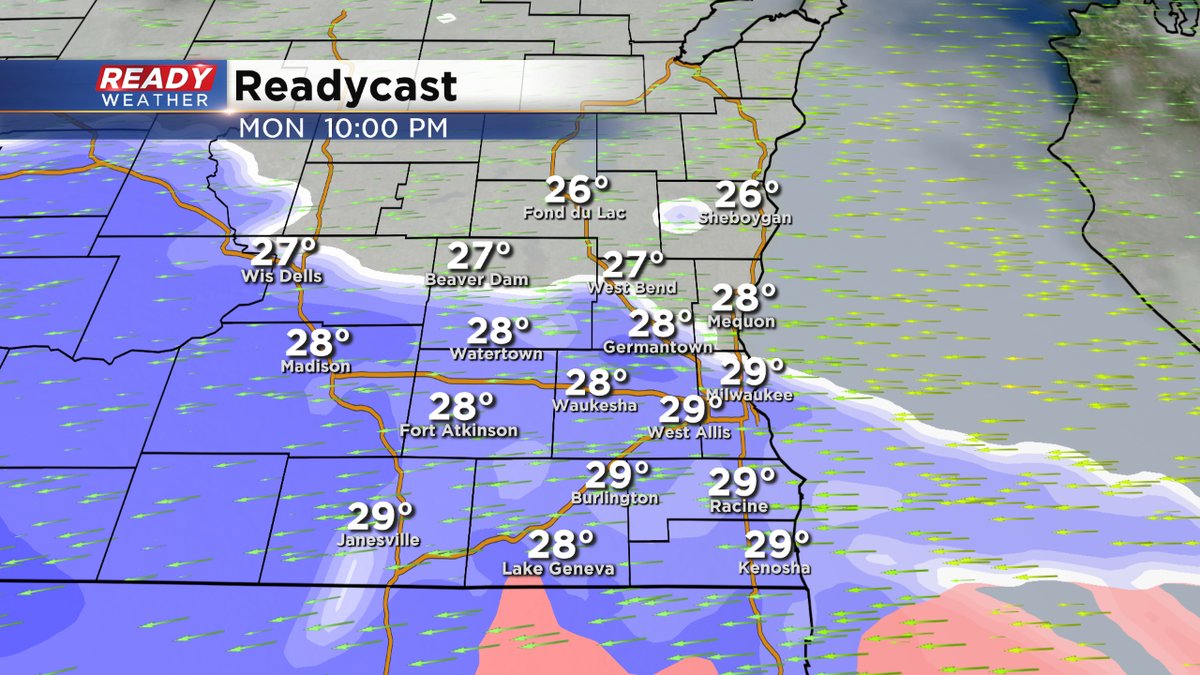 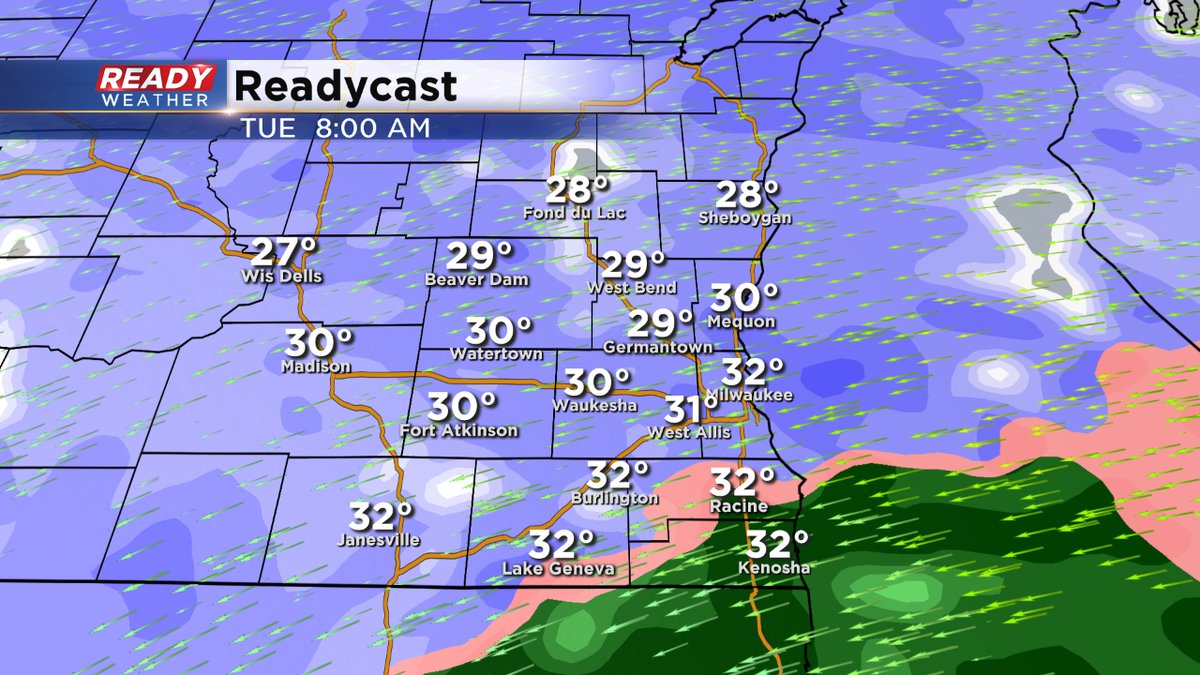 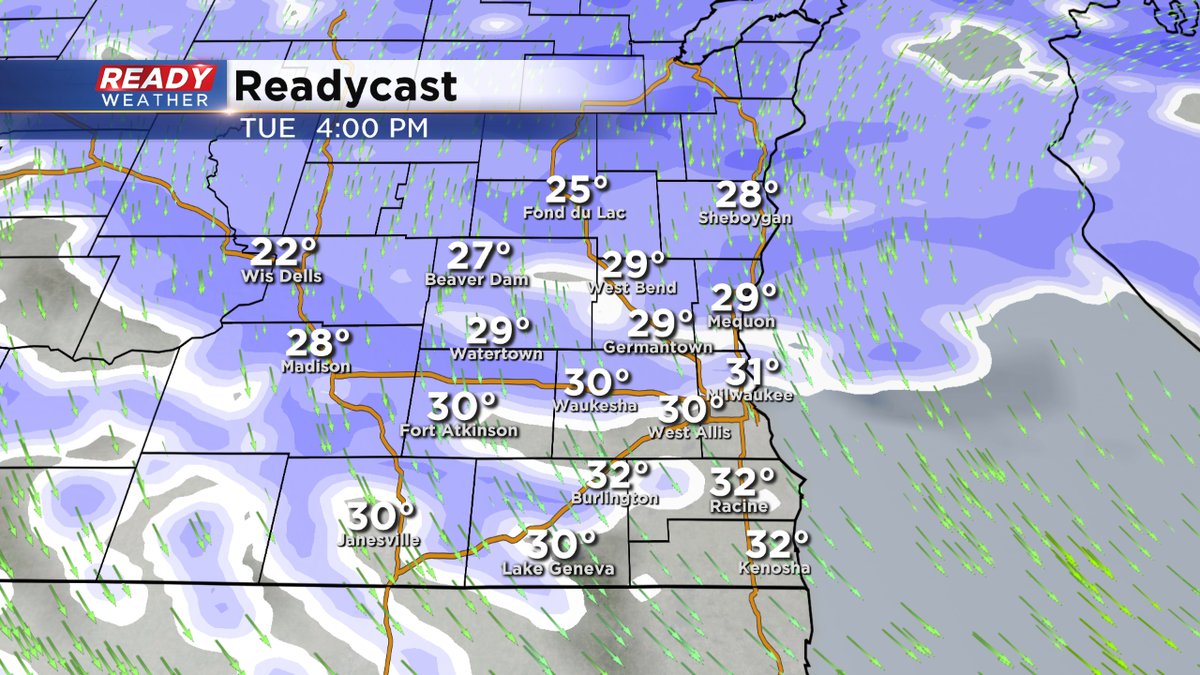 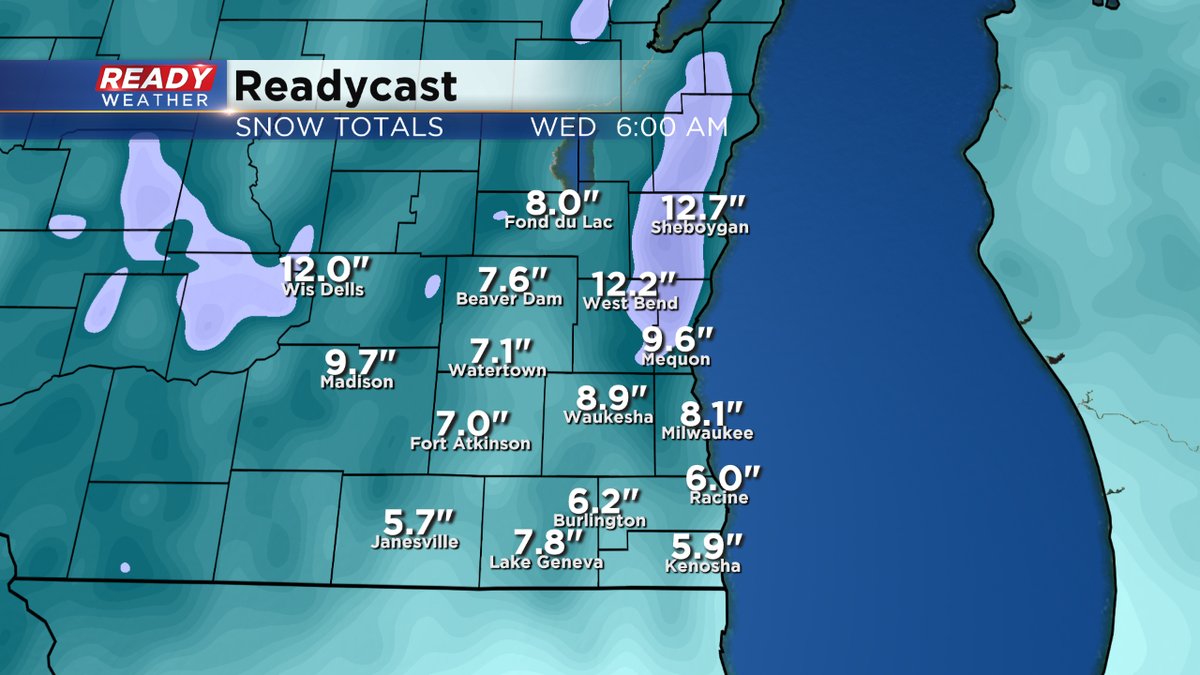 Milwaukee (CBS 58)--Have you had enough already?  Some of you have, some haven't.  If you like snow, there is more coming, starting Monday night.  A Winter Storm Warning is in place starting at midnight tonight, mainly north of I-94.  Along and south of I-94, it's a Winter Weather Advisory.  4-6"+ inches of snow will be common across the metro.  To the north, more than 10-12" are possible.  For a time, there could be a little ice to the south of I-94, reducing snowfall amounts just a tad. 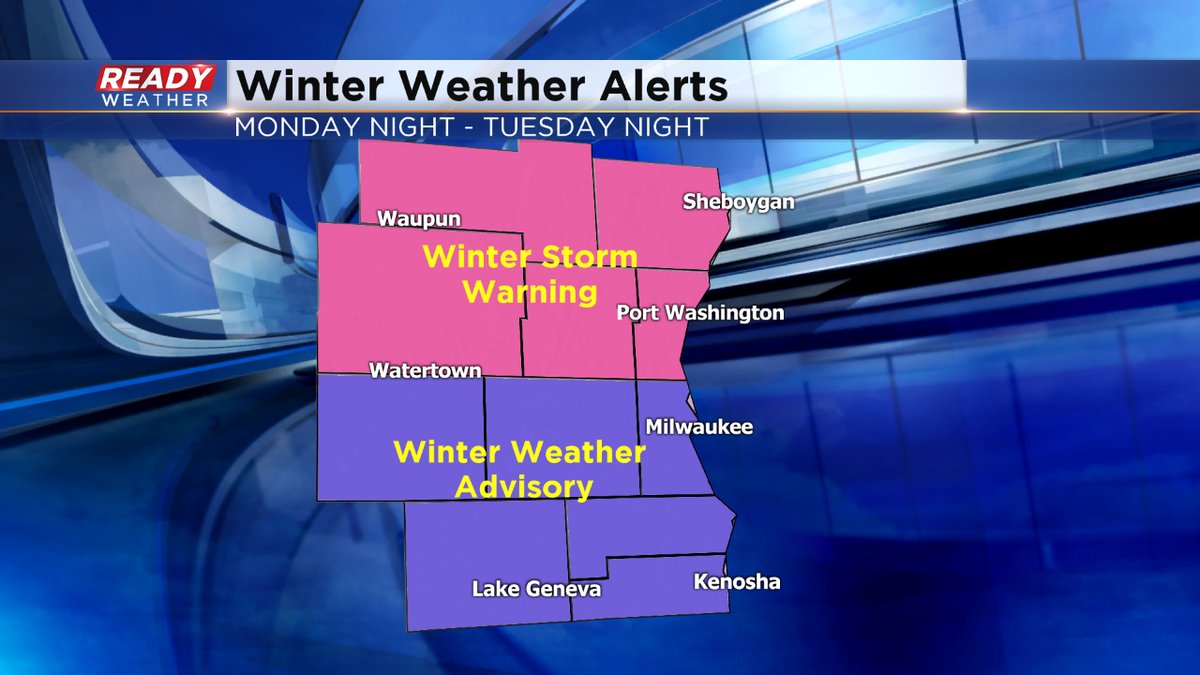 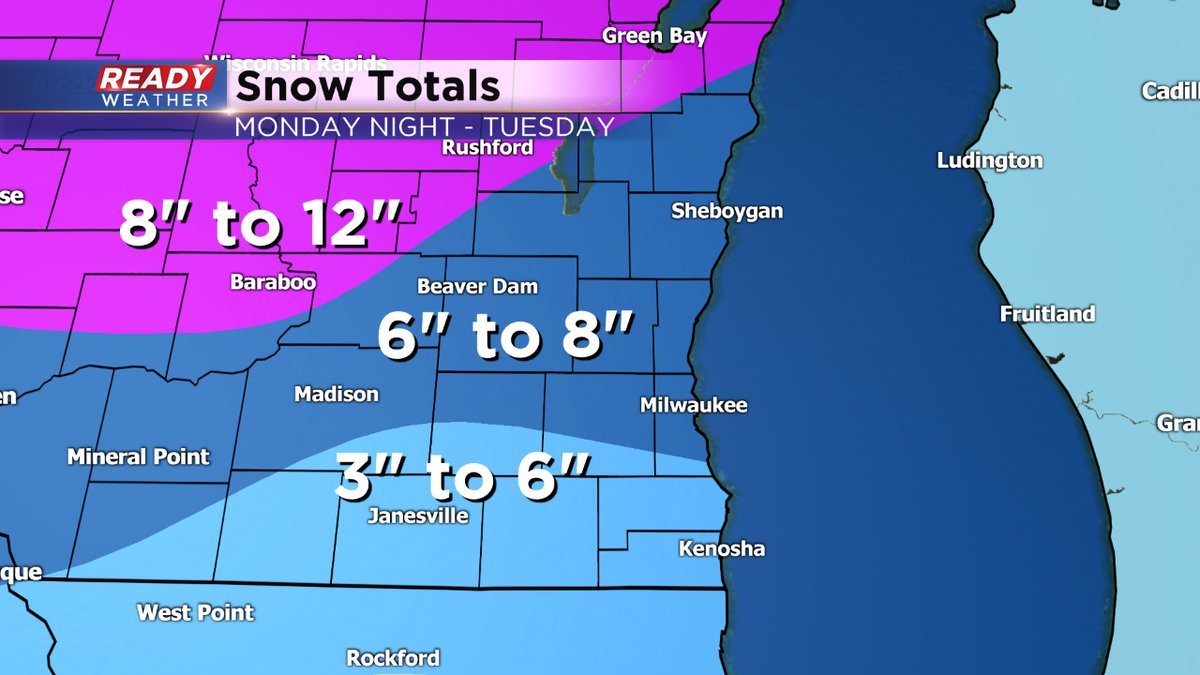 The timing of the snow will be after 9 pm Monday evening and lasting through much of Tuesday.  The snow won't be as concentrated as we venture through Tuesday afternoon.  Unfortunately, snow will be blown around by the wind, first from the east on Monday and then the west Tuesday.  We could see lost of blowing and drifting as well, reducing visibility.

There's another system behind this one.  It'll be here on Thursday, Valentine's Day, especially in the evening and lasting through much of Friday.