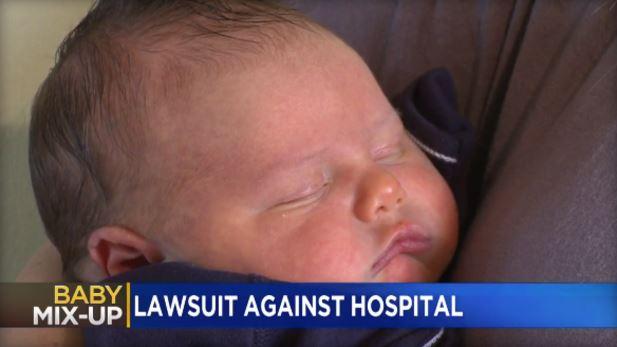 (CBSNews) A Minnesota woman is suing Minneapolis-based Allina Health after her newborn baby was mistakenly given to another mother for breastfeeding, CBS affiliate WCCO reports.

Van Dyke gave birth to her son, Cody, on December 3 of that year at Abbot Northwestern Hospital in Minneapolis. Cody was placed in the wrong bassinet and taken to another new mother’s room to be breastfed.

She says she will never get over this mishap, and she definitely does not want another mother to experience what she did.

She says it was the other mother, who had given birth to twins, who felt something was wrong.

“She called the nurse and the nurse came and got my son from her, and then her son was missing for 20 minutes. He was in my son’s bassinet,” Van Dyke said.

She and baby Cody had to undergo several tests for HIV, hepatitis and other illnesses.

The lawsuit filed in Hennepin County District Court is asking for damages because of the unnecessary medical treatment, tests and expenses. The lawsuit also claims severe mental injury and emotional pain and suffering.

In response to the lawsuit, Allina said Tuesday it has instituted a new procedure since that incident. Their Mother Baby Center, which opened in 2013, now uses electronic identification bands for the mother and child that must be matched when returning an infant to the mother. The bracelets light up and turn green when mother and child are properly re-united.