Mom in Air Force arrives home in time for Thanksgiving 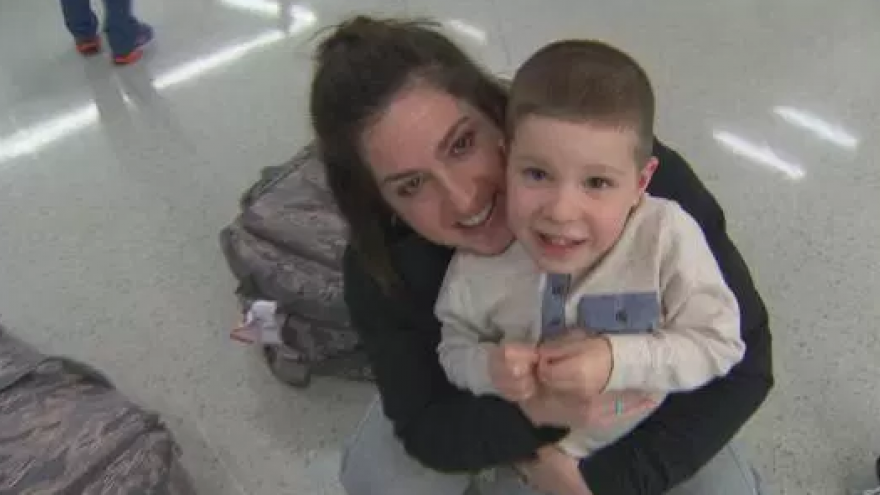 DFW AIRPORT (CBSDFW.COM) – A North Texas Air Force mother was greeted with hugs and kisses from her 3-year-old son after being deployed in Korea for more than a year.

Staff Sgt. Kara Tierney walked off a plane at DFW Airport on Tuesday night and right into the arms of her young son Michael Ray.

Staff Sgt. Tierney says both she and her husband have been stationed in Korea, and they were forced to leave Michael Ray in the care of an aunt and uncle.

She was the first to arrive home and said it’s been exactly 386 days since she had seen her son in person.

“He’s huge. He’s grown a whole foot, and he’s gained about 10 pounds. He is a big boy. He was little when I left,” said Staff Sgt. Tierney.

Tierney said they maintained regular contact while she was deployed through video calls.