10 p.m. Update: Snow is coming to an end, but blowing and drifting to continue for a few more hours

10 p.m. Update: Snow is coming to an end, but blowing and drifting to continue for a few more hours

THIS BLOG IS OUT OF DATE AND WAS FORECAST FOR JANUARY 9TH AND 10TH. CLICK HERE FOR THE LATEST FORECAST.

10 p.m. update: Snow is coming to an end across southeast Wisconsin. Just a few areas of patchy, light snow linger in Kenosha and Racine counties. Snow will come to an end for everyone by midnight. 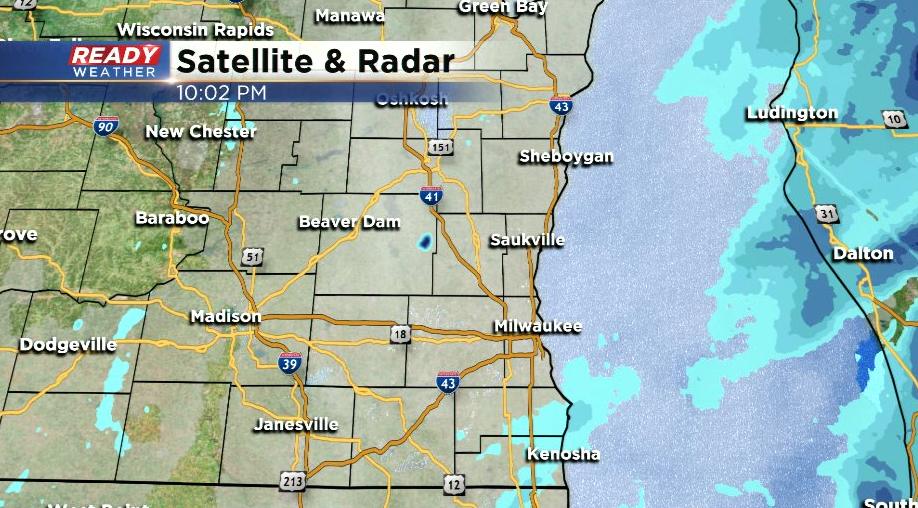 Snow totals from this second wave have generally been in the 2-4 inch range. Most of the Milwaukee area picked up 2 to 2.5 inches, but a heavier snow band dropped 3.5" in Oak Creek. 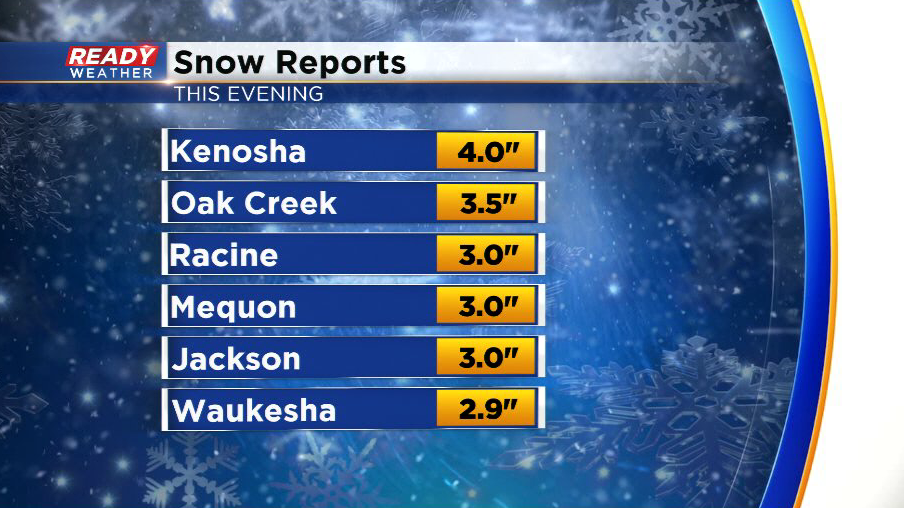 Winds are still blustery out there, creating some blowing and drifting due to the powdery nature of the snow. Good news is the wind has turned to the north and will veer more to the north-northwest overnight, which should keep any lake effect snow bands over Lake Michigan tonight. 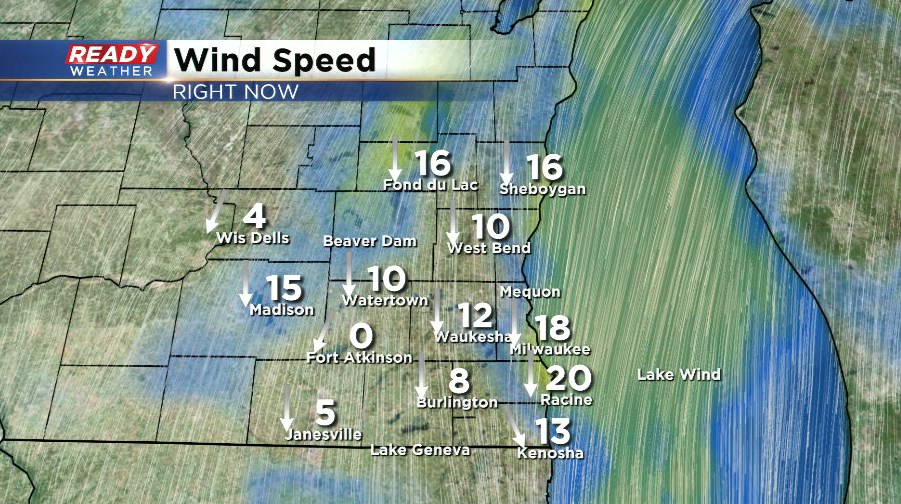 Watch out for slippery spots tonight and early tomorrow morning!

6:30 p.m. update: Light to moderate snow has moved into southeast Wisconsin as expected. The heaviest area of snow currently stretches from Ozaukee and Washington counties to Walworth county. Moderate snow will move into Kenosha, Racine, and Milwaukee counties over the next half hour. Moderate snow will continue for the next few hours with visibilities well under a mile at times. 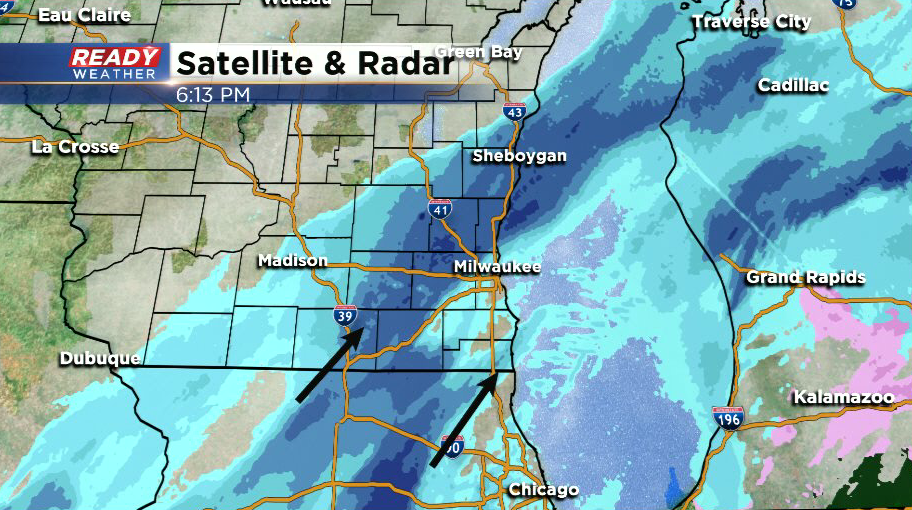 Between 10 p.m. and midnight, most of the snow will be confined to counties near the lake and will start to become a bit lighter. 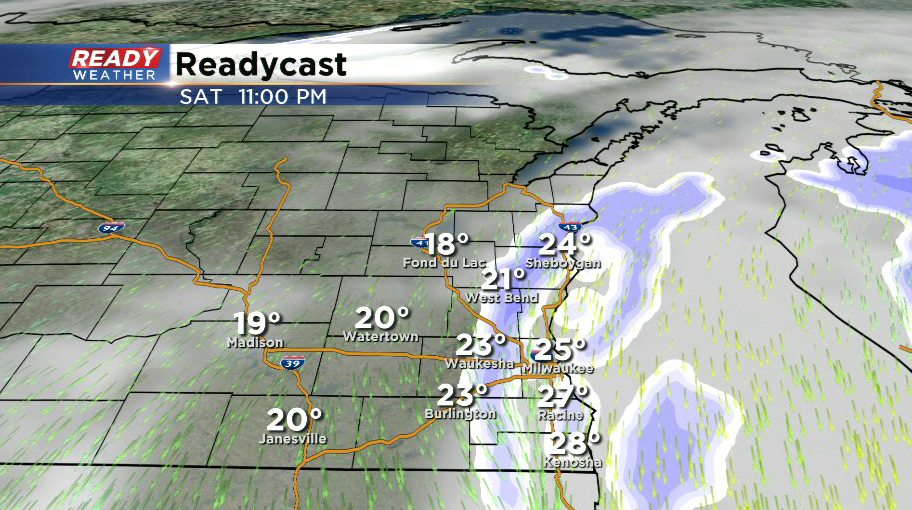 Snow will come to an end around midnight for most of the area, but we will be keeping an eye on a lake effect snow band that will be setting up just offshore. Winds will be turning more to the north after midnight, which should keep this band over the lake, but there is a small chance it clips Wind Lake. However, if snow makes it onshore won't add much to our current snow total forecast of 2-5". 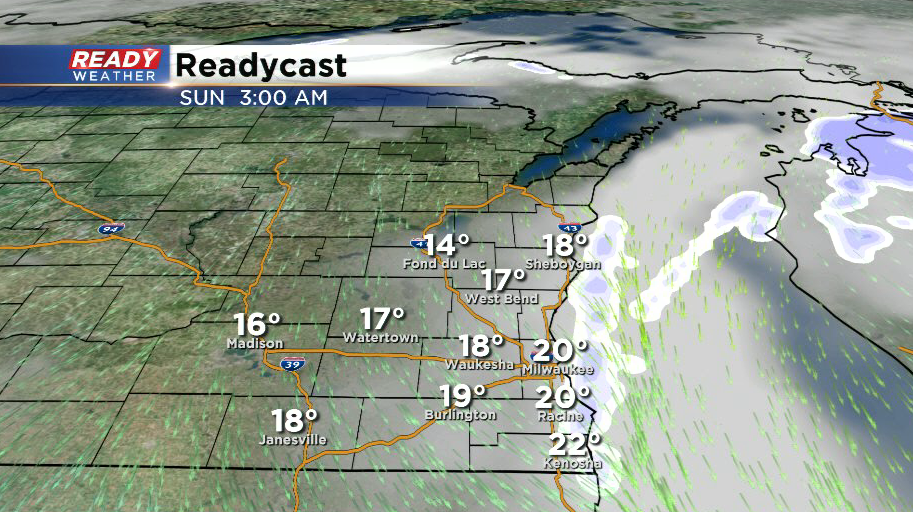 Slippery and snow covered roads are expected throughout the evening with minor improvements overnight. If you're traveling, be extra cautious on side streets as there is a layer of ice under the snow from the freezing rain and drizzle we had earlier today.

2:30 p.m. update: Round two is still expected this evening, but the storm has been tracking farther to the east than originally expected. The swath of snow in Missouri, SW Iowa, and western Illinois will continue to move into the area by late afternoon/early evening, but because it's farther away from the main low pressure system itself and because the system is weaker than expected, the snow won't be as heavy as originally thought. 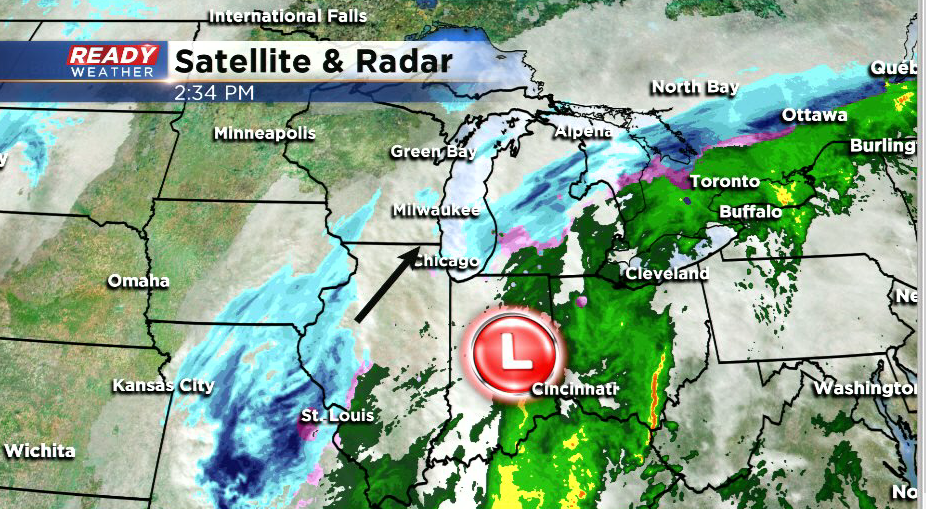 2-4 inches is expected in counties along the lake, with the highest totals expected in Milwaukee, Racine, and Kenosha. There may be a few isolated spots a little over 4 inches if there is some lake enhancement. The farther north and west you go, the lower the totals get. Parts of northwestern Dodge and Fond du Lac counties may not get more than a dusting. 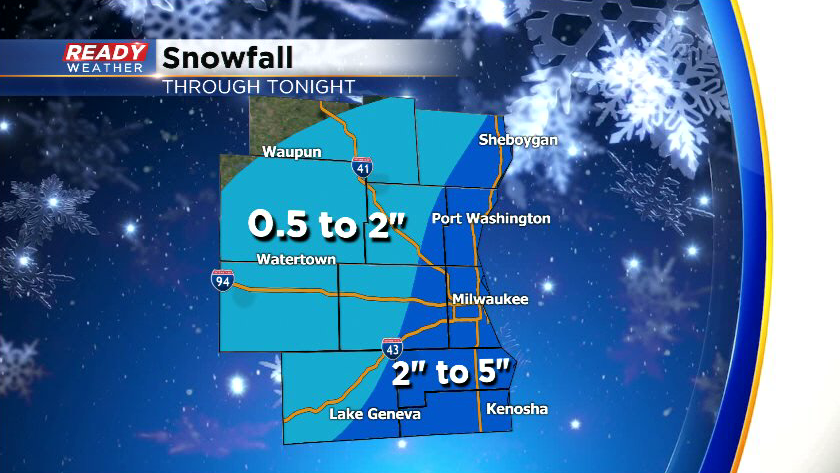 Winds will still be gusting between 35-45 mph through the evening, so reduced visibilities and blowing and drifting are still expected. Snow will taper off shortly after midnight. A few weak lake effect snow showers will try to graze the shoreline after midnight, but it won't add much to the snow totals.

11 a.m. update: A moderate lake effect snow band has set up from Oostburg to Menomonee Falls and is producing moderate snow with big flakes. If this snow band remains stationary, a quick inch or two of accumulation will be possible in places like Cedarburg, Saukville, Germantown, and Port Washington. 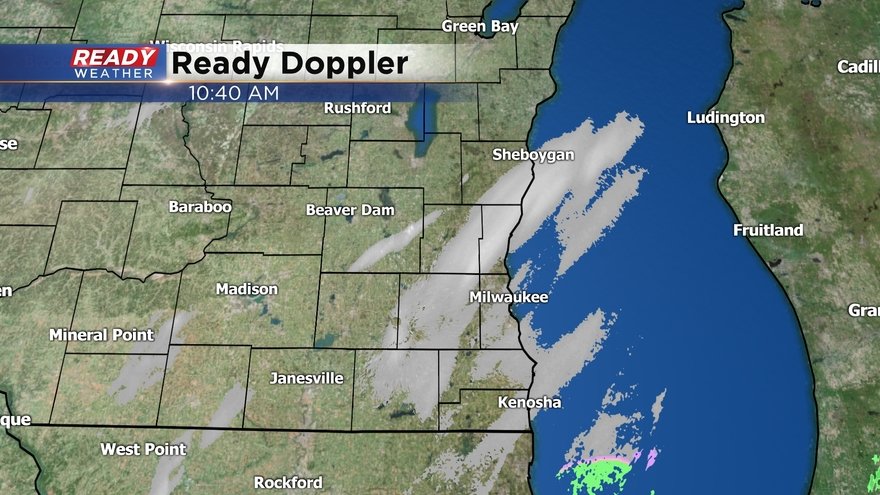 Freezing drizzle continues around the Milwaukee metro, mixing with some lake effect flurries and sleet at times. A glaze of ice is possible.

9 a.m. update: A few light snow showers and patchy freezing drizzle continue this morning, especially near the lake. The light lake effect snow will continue into the early afternoon.

This system is also tracking a bit farther east, so when round two of snow arrives later this afternoon and picks up this evening, the heaviest snow totals will be found in spots that mainly saw ice last night.

Download the CBS 58 Ready Weather App to keep up with the changing conditions throughout the day.