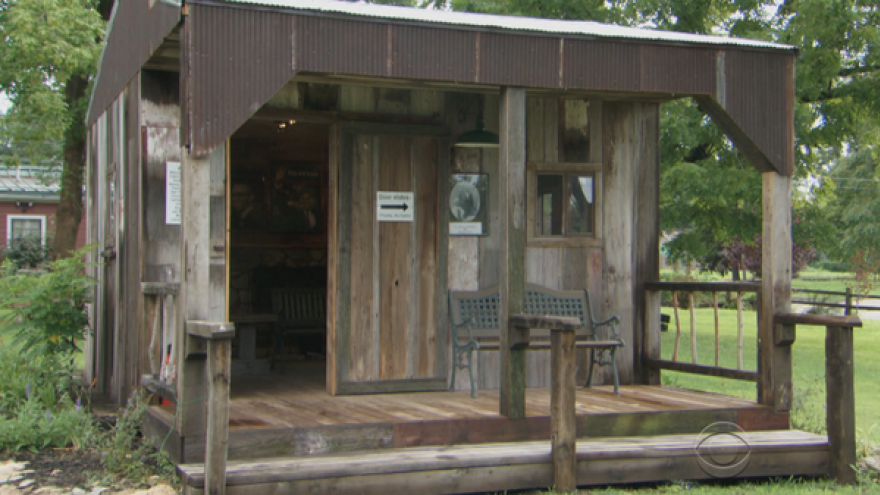 SEDALIA, Missouri -- (CBS NEWS) An old cliché runs through the center of this town. The railroad track still separates the mostly black part of Sedalia from the mostly white. And it is on the black side, that a white woman built a slave cabin, complete with cotton crop.

It has not gone over well.

“That’s like building a concentration camp in an all Jewish neighborhood,” one man said.

“We need to come together,” said 85-year-old Marge Harlan, who built the slave cabin on the same property where she’d already erected a black history library.

She opened the library in 2013, partly to try to start a conversation about race in her community. She spent about $150,000 on it -- yet almost no one cared or came.

“The library was going nowhere.” she said. She was trying to think of a way to bring more people in. “You’ve got to walk through your history. You can’t just step over it and pretend it’s not there.”

Which brings us back to the cabin. Marge, a retired psychologist, really thought the community needed -- and would flock to -- this piece of the past. And she does get more visitors now.

They’re just not always the kind of encounters she was hoping for.

“I would rather have something that’s more uplifting than a slave shack,” said Preston Poindexter, a local.

Preston had nothing good to say about the building, but as he vented he found something to admire in the architect. “I mean, I understand where you was coming from. You came in good heart,” he said.

Whenever the subject is race in America, we’re often quick to judge. We’re often better at outrage than understanding. But in Sedalia, Marge Harlan and Preston Poindexter showed us that a motive still trumps a misstep.

And a hug is still the best place to start.