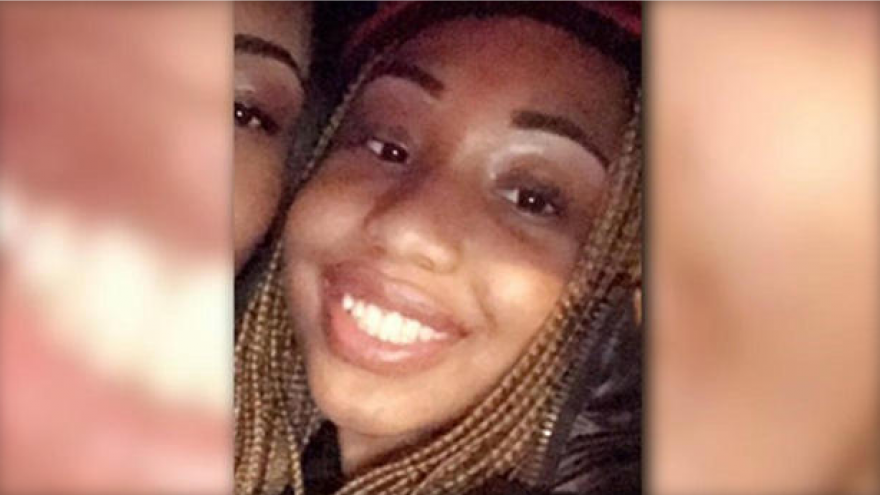 FAIRFAX COUNTY, Va. -- Police in the suburbs of Washington, D.C. say they're investigating a 17-year-old person of interest after identifying a body found in a Virginia park Friday as as a missing girl. Fairfax County police said in a statement Monday that their homicide detectives were able to confirm the identity of the body as Jholie Moussa, 16, during an autopsy at the office of the chief medical examiner.

The autopsy results are pending.

Police have said that the body was found in Woodlawn Park, near her Mount Vernon home, almost entirely covered by leaves and brush. It's not clear when or how the girl died, but police say they're treating the case as a homicide.

Jholie was last seen Jan. 12 when she left home, reports CBS affiliate WUSA9. She told her twin sister that she would be right back, but never returned. Around 8:02 p.m., Jholie texted her sister to say she was going to a party in Norfolk, Va., the Washington Post reported -- about three hours away.

Her family reported her missing the next day.

Major Richard Perez, major crimes commander for Fairfax County police, said the person of interest isn't being identified because he is a juvenile. He's in custody and charged with assaulting Jholie in an incident Perez wouldn't detail, but said was uncovered during the investigation and occurred before the girl vanished.

The boy was arrested in the felony assault Jan. 18. Though he's considered a person of interest, he's not charged in the girl's death, Perez said.

Speaking at a tense news conference Tuesday afternoon, Perez responded to reporters' questions about why his department initially treated Jholie's disappearance as a runaway case. Across the country, police departments have fielded concerns that missing teens are too quickly classified as runaways even though that may not be the reason for their disappearance -- and that the dangers faced by teens who do run away are minimized, an issue that gained publicity in the Washington, D.C. region last year.

Perez admitted that police at first believed the girl had left home voluntarily, but maintained the department investigated the case thoroughly and worked to find her.

"I can tell you that we took it seriously from the very beginning, with a number of interviews that were done, with the information provided to us," Perez said. "If you're asking me do I wish we would have had a different result here as opposed to talking [about] Jholie's death, absolutely, absolutely."

Lt. James Bacon said Jholie had left her home under circumstances that didn't seem unusual, and that the family contacted police the next day, Jan. 13, "when they realized and felt Jholie's actions were no longer the norm for her."

He said officers took a report, entered her into a national missing person database, conducted a number of interviews, contacted friends and searched friends' homes and local hangouts without success.

"At that point, still nothing appeared to be of a nature where we felt she was truly in danger, no indication of an abduction or anything at that time," Bacon said.

Police continued to investigate and on Jan. 16, he said they met with the National Center for Missing and Exploited Children and the FBI. He said investigators had noticed the girl had fallen off "electronic radar," with no social media posts or communication with family.

"This clearly was now something that was beyond normal," Bacon said. "We upgraded her status as endangered missing juvenile."

Bacon said detectives issued search warrants and followed up on an "enormous" number of leads that took them to Norfolk, Va., following up on early reports that she was heading to a party there, and Philadelphia.

Police would not say what led investigators to the park where her body was found, which had been the site of two searches, other than to cite investigative leads. CBS affiliate WUSA9 reported that Jholie received a call in that park from a phone that belonged to a 13-year-old boy who was playing basketball nearby on the evening she vanished.

When the family realized Jholie was missing, her father tracked down the boy's number on the girl's cell phone log and called the boy. The boy told police, Jholie's father and WUSA9 that he let a man he did not know borrow his cell phone to place that call, the station reported.

"The department's efforts towards resolving this case and bringing a measure of justice for Jholie and her family continues, and will be relentless," Perez said. "Every resource necessary has been, and will continue to be deployed."